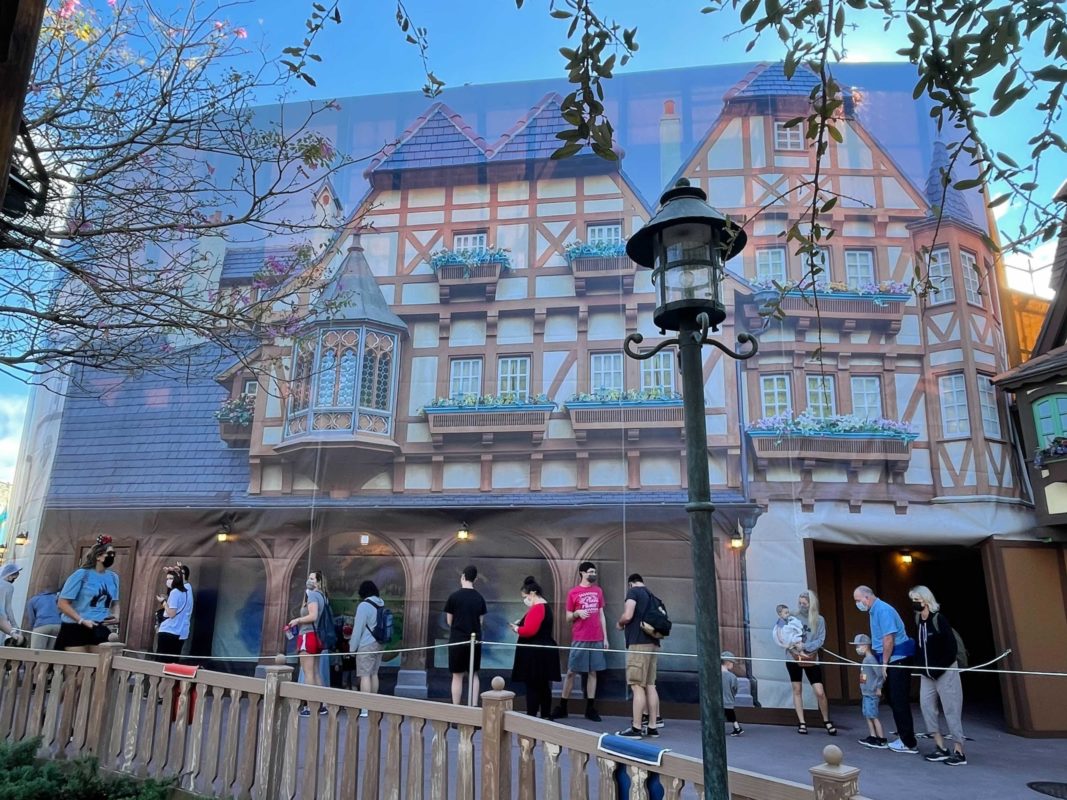 Peter Pan’s Flight is undergoing an exterior refresh just in time for Walt Disney World’s 50th Anniversary this fall. We have been monitoring the progress closely, and while we still don’t know when the exterior facade of the attraction will be complete, themed scrims have officially taken over, to make the refurbishment less of a drag on guests.

The queue continues to redirect guests to the outside of the scrims. However, portions of the interior queue remain open.

The only portion of the attraction left uncovered for now is the area just before the entrance.

Keep checking back here at WDWNT as we monitor the progress of the refurbishment.