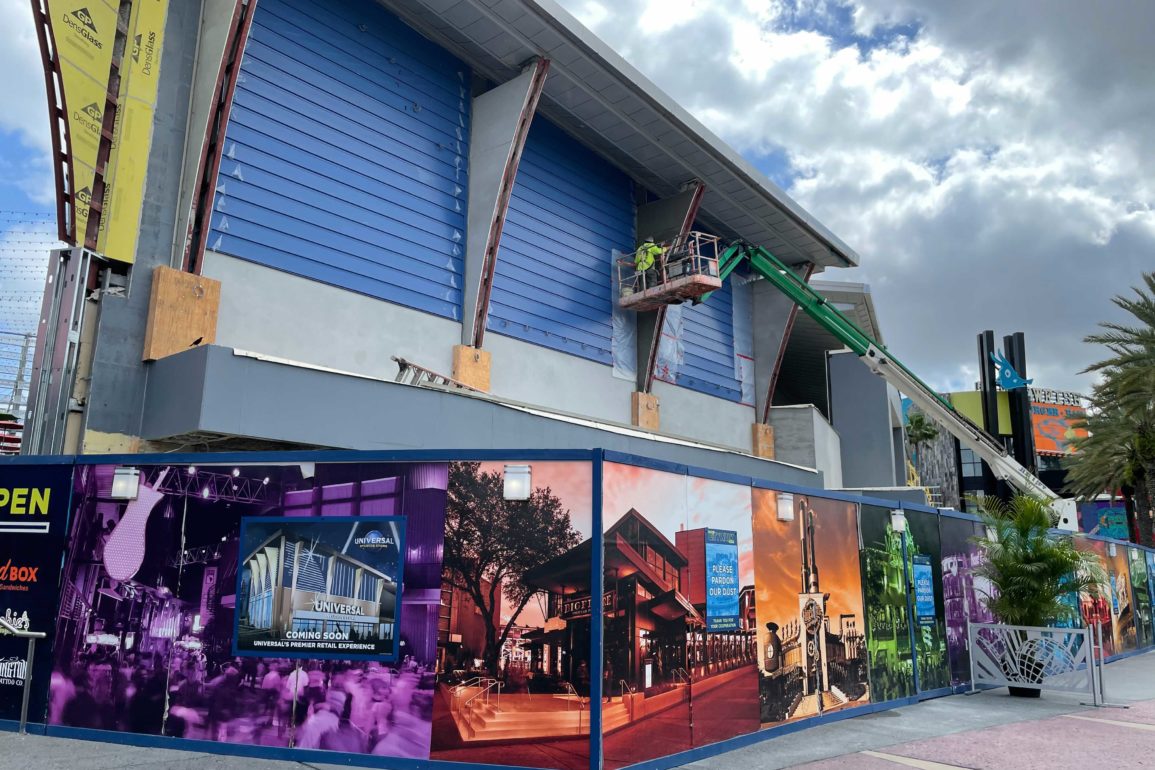 We reported recently that the Universal Studios store in Universal Orlando’s CityWalk is undergoing renovations to become a new legacy store. Moved to a new location next to Cowfish and Cinnabon, the legacy store will be home to merchandise and décor celebrating classic films and attractions.

Construction is underway on the new store, and construction workers can be seen beginning work on the new blue siding of the store’s exterior.

The primary vertical support is covered in yellow protective sheathing while work begins on the other supports.

Plastic tarp cover parts of the blue siding as they are being installed.

A small portion of the building’s gutted interior remains visible, where exposed wiring and framing can be seen.

The concept art does not show a rounded awning, so it’s possible that this entire rounded corner will be removed.

The new store is replacing the Fossil store, as well as a few other merchandise locations.

An up-close look at the concept art shows that the vertical supports may have new detailing along with a bright new sign.

Keep checking WDWNT for more updates on this construction project. Let us know in the comments below if you are excited for the new store!