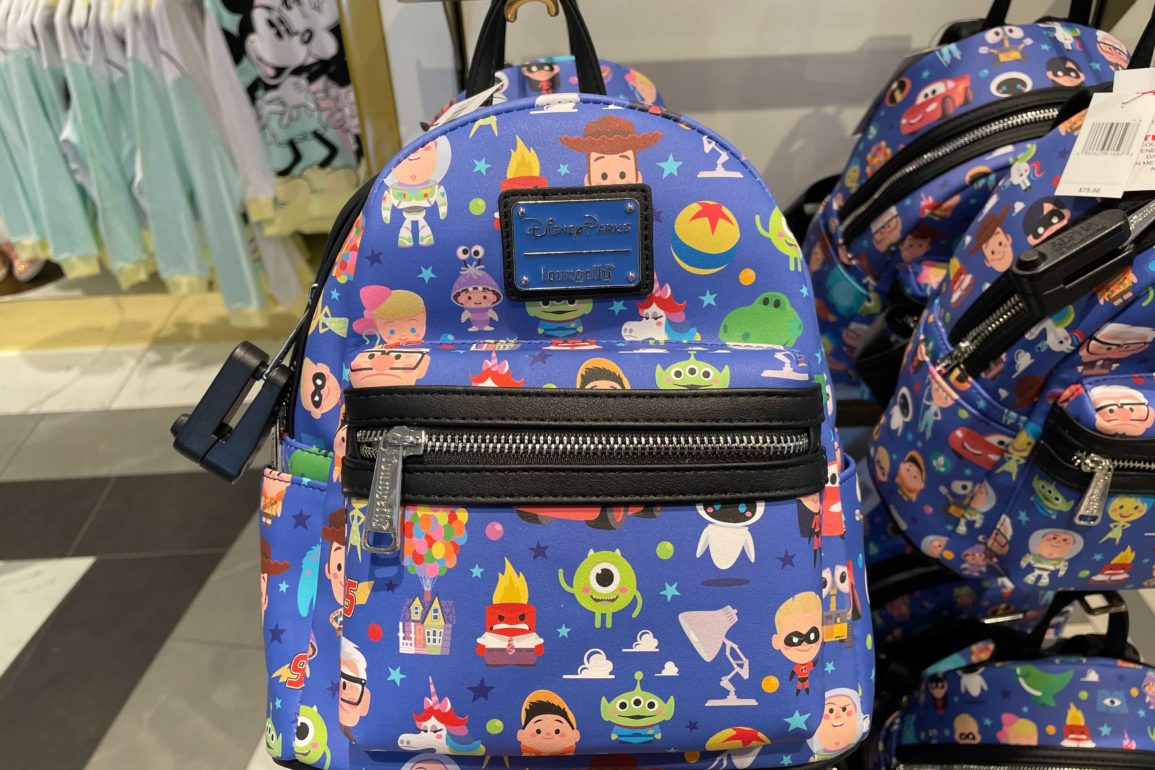 The backpack is blue, with different Pixar characters and icons all over it.

The straps are black.

Fans will recognize Carl from Up, Joy from Inside Out, Lightning McQueen from Cars, and many more Pixar characters.

The icons include clouds from Andy’s wallpaper in Toy Story and Carl and Ellie’s house from Up.

The lining is yellow with blue stars, an homage to the Pixar Luxo ball.

We found this backpack in the Majestic Theater at Disney’s Hollywood Studios. Will you be adding it to your Loungefly collection? Let us know in the comments.