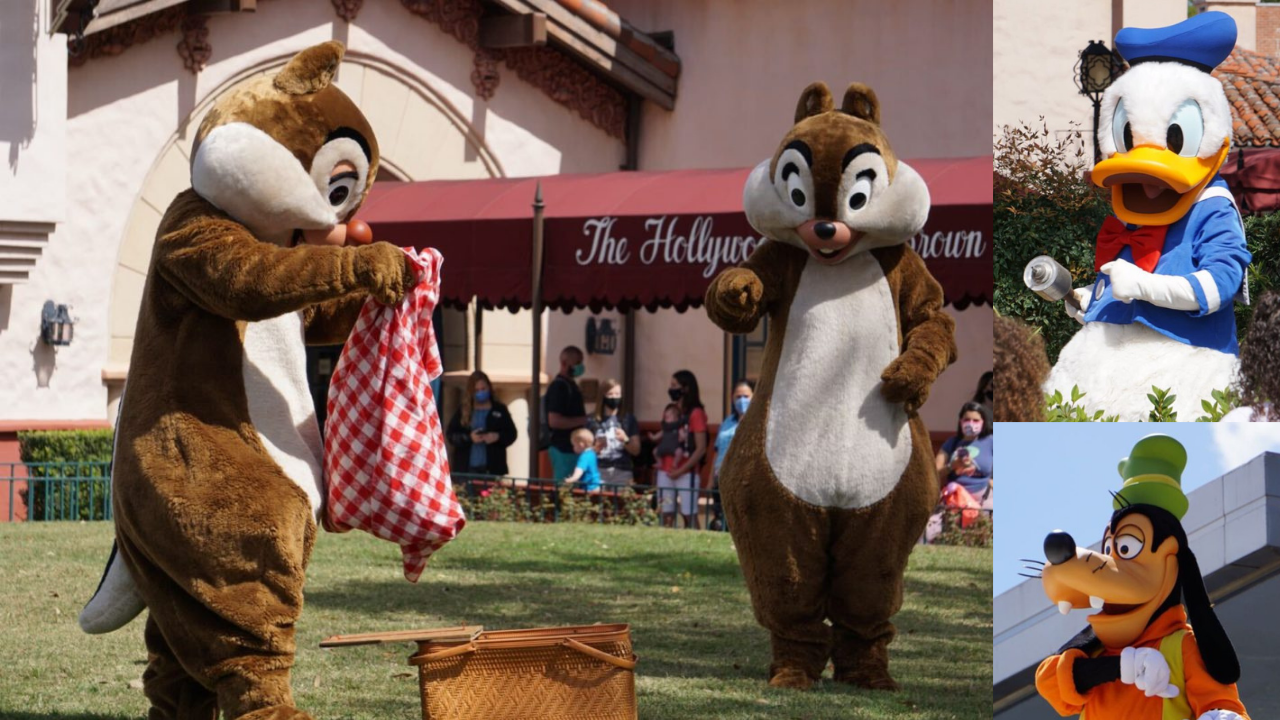 Character meet and greets as we once knew them are not currently available at Walt Disney World as a safety measure against the COVID-19 pandemic. Character cavalcades have taken the place of normal meet and greets over the past few months. Lately, more physically distant character appearances are popping up, and we are excited to see the iconic Disney characters up close once again, this time at Disney’s Hollywood Studios.

Characters have broken away from the “Mickey and Friends Cavalcade” to have a Runamuck Park Picnic. The theme is derived from the fact that the cavalcade’s theme music is “Nothing Can Stop Us Now” from Mickey and Minnie’s Runaway Railway. Chip and Dale are enjoying the beautiful weather outside of the Hollywood Brown Derby.

These two mischievous chipmunks decided to have a picnic, and luckily they brought their own acorns.

Times are not advertised for these character greetings, although they tend to take place in the morning before the first motorcade. The characters are only out for about ten minutes at a time, so it takes a bit of luck to spot them in the park’s main courtyard area, know as Center Stage.

Goofy keeps a watchful eye from on top of the Hyperion Theater.

Donald Duck was also found outside of the Hollywood Brown Derby trying to get bugs away from the picnic.

Donald may deem you a pest and spray towards you though.

You can watch these adorable characters have some fun in the sun in the video below:

More physically distant character appearances are available around Walt Disney World, such as Winnie the Pooh and Joy frolicking near the butterflies at EPCOT.

Are you excited to see characters like Chip and Dale, Donald Duck, and Goofy up close again? Let us know in the comments below!