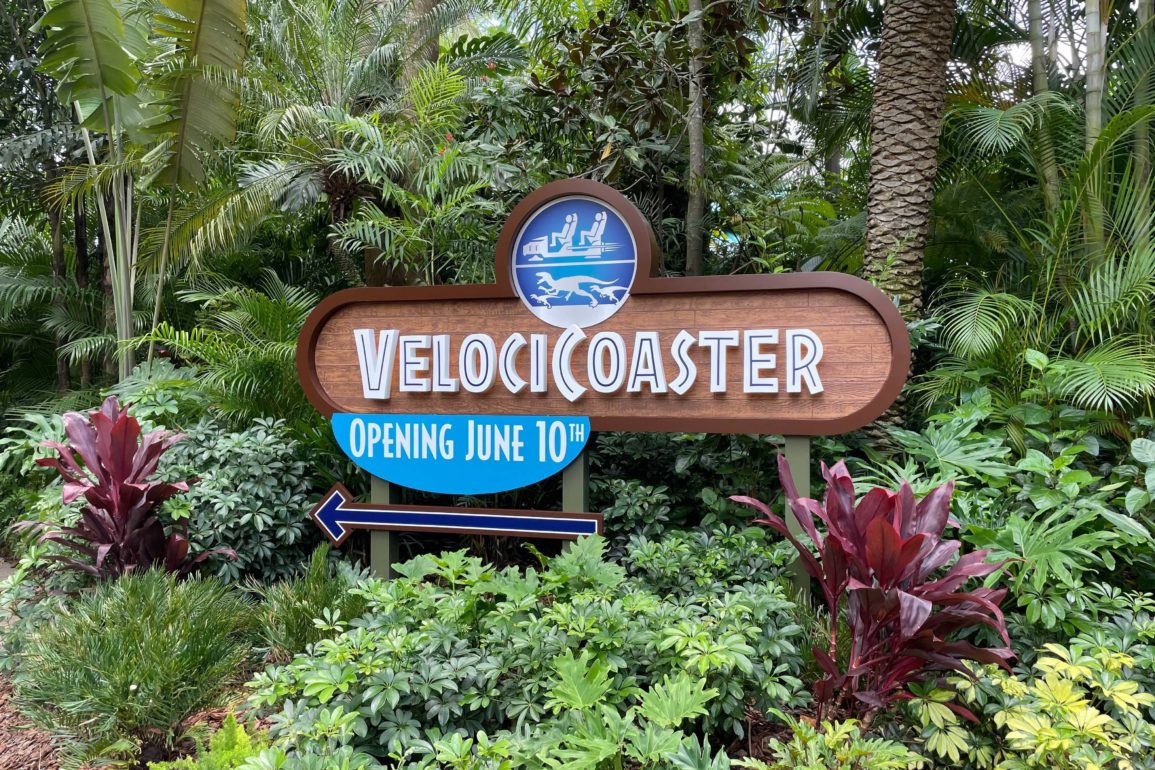 Welcome to another beautiful day at the Universal Orlando Resort! We started our day over at Islands of Adventure first to see what’s new.

The retro Universal Studios windbreaker is finally back in stock. This item is very popular with guests and has been sold out for quite a while. If you’ve been waiting for a restock, now is the time to head over to Universal. They are available in multiple locations, including the Legacy Store in CityWalk, the Universal Studios Store, and Islands of Adventure Trading Company.

A new piece of retro merchandise has also arrived. A blue and black racerback tank top is now available for $30. The retro Universal Studios Florida logo really pops against the bright blue color.

The Jurassic Park sign on the arch is looking bright and refreshed. This whole section of the park has been receiving a lot of attention lately and it looks great.

Sections of the raptor paddock were blocked off for film crew to set up. We’ve seen lots of Jurassic World VelociCoaster filming happening with riders lately.

We noticed that the damaged sign at the exit of the Truffula Trees has been repaired.

The Coca-Cola Freestyle machines are advertising Sprite Ginger, which sounds quite interesting.

The VelociCoaster sign has been updated with “Opening June 10th” instead of “Summer 2021”. We can’t wait to ride during the Annual Passholder preview next week.

The park was busy, but Hagrid’s Magical Creatures Motorbike Adventure was using a standby queue instead of Virtual Line, and only had a 60-minute wait. Yes, we said “only”.

We made our way over to Universal Studios Florida next.

There was no line for Mel’s Drive-In, oddly, so we popped in and spotted the Class of 2021 “Grad Bash” Freestyle cups.

We’ve seen techs working around the slide in Fievel’s Playland lately and today the rafts have appeared. We anticipate this area will reopen soon!

Twisted Taters with Andouille Sausage and Queso has become one of our favorite Mardi Gras foods and we’re going to miss them. Check out our full review of this dish and others from the New Orleans booth!

It’s been a long, exhausting day here in the parks, so we’re going to get out of here. Thanks for joining us around the Universal Orlando Resort and be sure to keep following Universal Parks News Today for more updates!