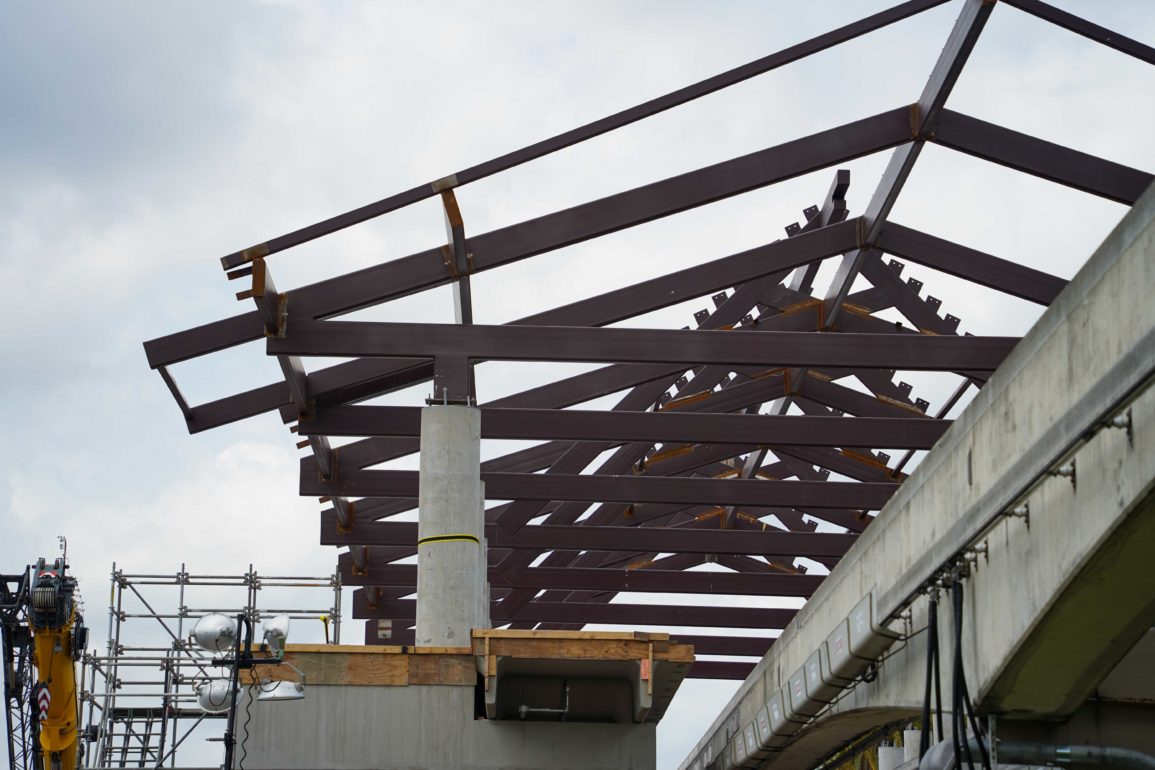 Progress on the new Monorail station, porte-cochère, and the bridge/walkway to the Great Ceremonial House has been making great strides lately at Disney’s Polynesian Village Resort.

A single set of pillars has yet to receive its roof truss and accompanying endcap piece at the new Monorail station.

However, the other pillars are set in place with their truss pieces, which have become the basis for the eventual covered thatch-style roof for the station.

The bridge/walkway to the Great Ceremonial House has been laid with cement, making the pathway clear to see.

The pillars on top of the bridge have yet to be completed, but we’re sure they’ll also be set with concrete soon.

During our last update, an endcap was placed on the other end of the Monorail station roof. An eaves overhang is now on either side near this endcap.

Once all of the pillars receive their A-frame rafters, we can expect to see more of these overhangs installed in preparation for the thatched roofing.

The porte-cochère remains nearly identical to our last look as red temporary supports are being used to uphold the integrity of the structure.

As seen in the concept art above, the new porte-cochère will showcase the iconic mid-20th century architecture that Disney’s Polynesian Village Resort is famous for. The new entry will feature a high-pitched, open-truss roof covered in a thatched style. A bold façade will feature pops of color that complement the Longhouses found throughout the resort. Bold new wooden screens covered with geometric patterns in bright, tropical colors will line the Monorail Station.

Next
PHOTOS: “If I Ran the Zoo” Play Area Reopens at Universal’s Islands of Adventure