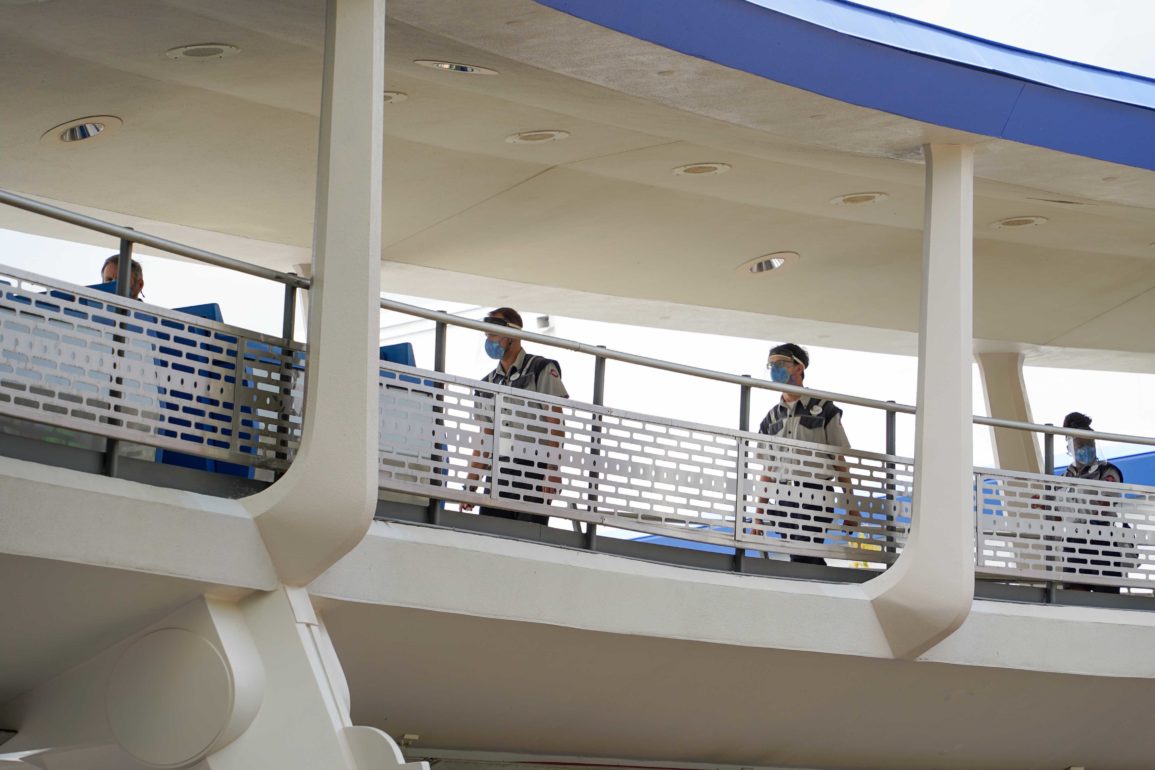 Disney announced that, after over a year of being closed, the Tomorrowland Transit Authority PeopleMover at Magic Kingdom would reopen this weekend—although operating hours have been posted beginning Monday, April 26th. After it didn’t reopen on Saturday, we’ve been keeping an eye on the attraction today and Cast Members even told us it would probably open “around noon.”

A rainstorm delayed the possible noon opening and guests took refuge beneath the PeopleMover track.

The rainstorm passed and Cast Members who don’t work on the PeopleMover were invited to ride before guests.

The attraction abruptly stopped about half an hour later.

The Cast Members riding were then evacuated as a test. These evacuation drills are typical before a ride reopens, training the attraction’s Cast Members of the process.

PeopleMover Cast Members walked the track to assist with the ride evacuation drill.

The ride cars were back to running about ten minutes later.

The Tomorrowland Transit Authority PeopleMover first closed in March 2020 unrelated to the COVID-19 pandemic, and a grand reopening has been continually delayed since then, though Disney has seemed more confident in this weekend’s opening.

Keep checking WDWNT and follow us on Twitter for updates on the reopening of the Tomorrowland Transit Authority PeopleMover.