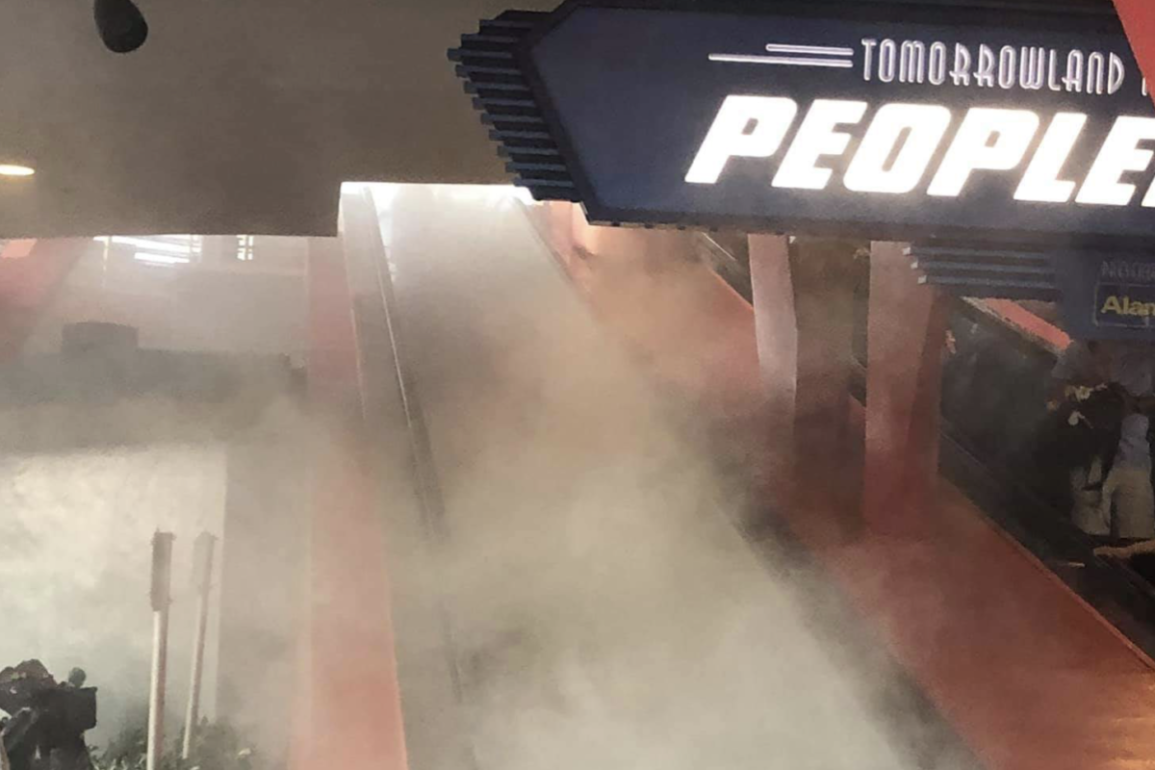 The Year Without a PeopleMover: The Story So Far at Walt Disney World’s Magic Kingdom

2020 was a rough year on all of us. Between the COVID-19 pandemic wreaking havoc on our lives, political unrest stirring last summer and many of our favorite vacation spots shuttering their doors, we all could use a bit of Disney magic. Even in 2021 we are still dealing with the aftermath of such a hectic year. 2020 was not just rough on people, it was rough on the PeopleMover as well, and 2021 isn’t looking much better.

Let’s take a look back at our reports of the oftentimes turbulent, unpredictable and very-2020 updates of the Tomorrowland Transit Authority PeopleMover, starting with the infamous day that the PeopleMover stood still.

January 2nd, 2020 – On only the second day of the year, we reported that a possible fire broke out affecting both the PeopleMover and Astro Orbiter, filling the surrounding area with smoke. The image of the smokey exterior to this beloved attraction is forever seared into our minds.

The ride would eventually reopen that day, but not for long.

March 10, 2020 – Only days before all of the parks, and all of the world it seems, would shut their gates, the PeopleMover went down around 1:00 PM on March 9, as we reported one day later.

April 29, 2020 – While the status of the PeopleMover remained unknown through the COVID-19 Pandemic Park closure, some more drama was stirring up around the fan favorite ride. A guest claiming previous injuries on the ride filed lawsuits against Disney. If that wasn’t bad enough, a second guest came forward with a similar lawsuit. While these injuries purportedly occurred in 2018, it still adds to the 2020 history of the ride.

July 9, 2020 – While a silver lining appeared in the form of Walt Disney World Resort once again welcoming guests, things remained a bit cloudy for the PeopleMover. The ride did not reopen with the rest of the park.

July 28, 2020 – Later on in the month, the official Walt Disney World Resort MyDisneyExperience App would show the PeopleMover as “Temporarily Unavailable”.

August 8, 2020 – The website would later update the status of the ride as “Closed for Refurbishment”, reportedly closed through (at least) Halloween.

December 18, 2020 – As the year drew to a close things started looking up for the Tomorrowland attraction. In December it was reported that Cast Members were seen testing out the attraction!

January 25, 2021 – Later on in the month we reported that the PeopleMover vehicles were crashing into each other. As this is not a bumper cars attraction, this wasn’t a good sign.

February 15, 2021 – By February things seemed to be smoothing out for the PeopleMover, with Cast Members again spotting testing out the attraction, indicating that February might be the month that the PeopleMover finally reopens!

March 29, 2021 – Just 2 days ago, we reported that testing is continuing at the Tomorrowland attraction.

We here at WDWNT cannot wait to ride the PeopleMover again (Some of us are still holding out hope for the triumphant return of the PeopleMover at Disneyland!) While the refurbishment is scheduled to last until April, it really is anyone’s guess as to when we’ll be taking a relaxing tour around the land of tomorrow again.

Will you be hopping aboard once the Tomorrowland Transit Authority PeopleMover finally reopens? Let us know down below!

Next
PHOTOS: New Disney Parks Food Keychains on the Menu at MouseGear