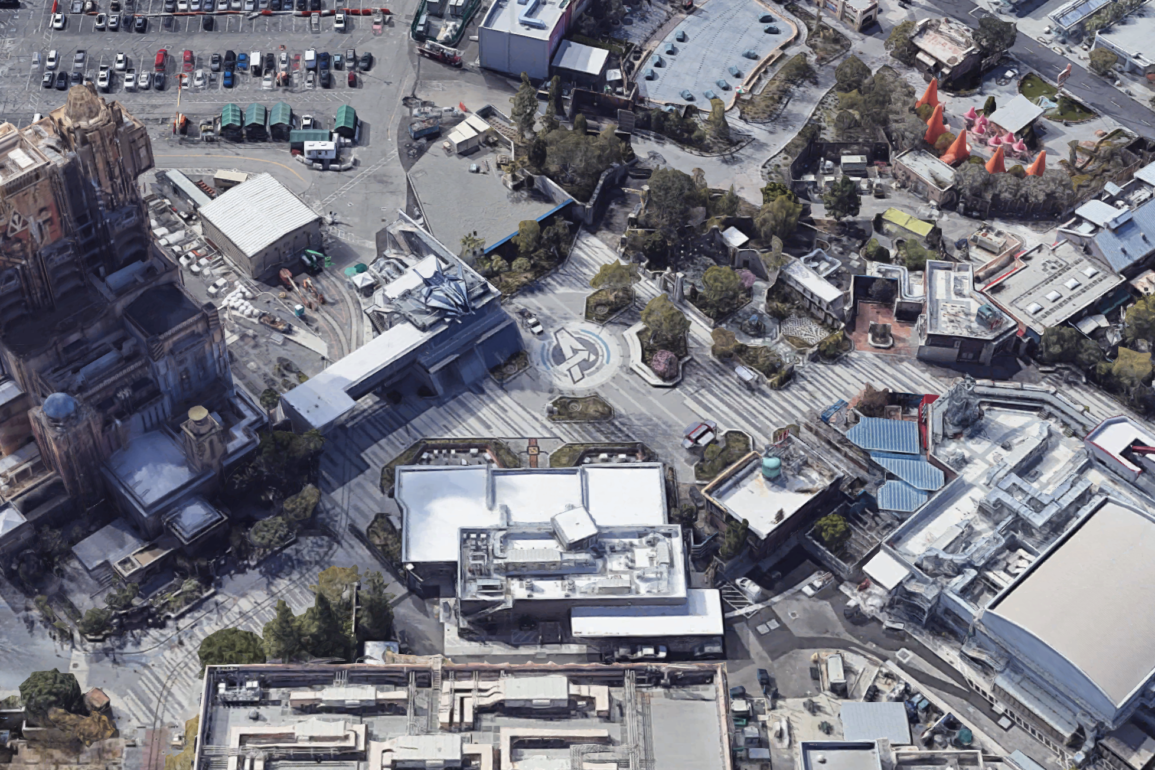 MARVEL Avengers Campus will be opening at Disney California Adventure on June 4th. While there have been no in-person previews of this area just yet, we were able to get a glimpse at the new expansion thanks to Google Maps.

MARVEL Avengers Campus is looking like a locale straight out of a film from the MARVEL Cinematic Universe.

Comprised of several heroic locations, the “Avengers” logo is seen at the center of the fully-immersive land

WEB Industries, the building on the left, will house the new WEB SLINGERS: A Spider-Man Adventure, the first Disney ride-through attraction to feature the iconic friendly neighborhood Spider-Man. You may recognize the arched roof in the center of the building cluster as it was home to “it’s tough to be a bug”.

Next to WEB are restrooms, a leftover structure from “a bug’s land” as well. At the end of the row sits Pym Test Kitchen, a food innovation science lab where the food and drinks tell a story.

Located just across the path from WEB is where the interactive Doctor Strange show will take place and the WEB Suppliers store. There also appears to be a small merchandise cart by the restrooms.

MARVEL Avengers Campus will be accessible from Cars Land and Hollywood Land, just as “a bug’s land” was.

The temporary wall lined in blue is currently a placeholder until construction begins on an E-Ticket attraction to be attached to this building at a later date.

Are you excited for the opening of MARVEL Avengers Campus in June? Let us know your thoughts below!