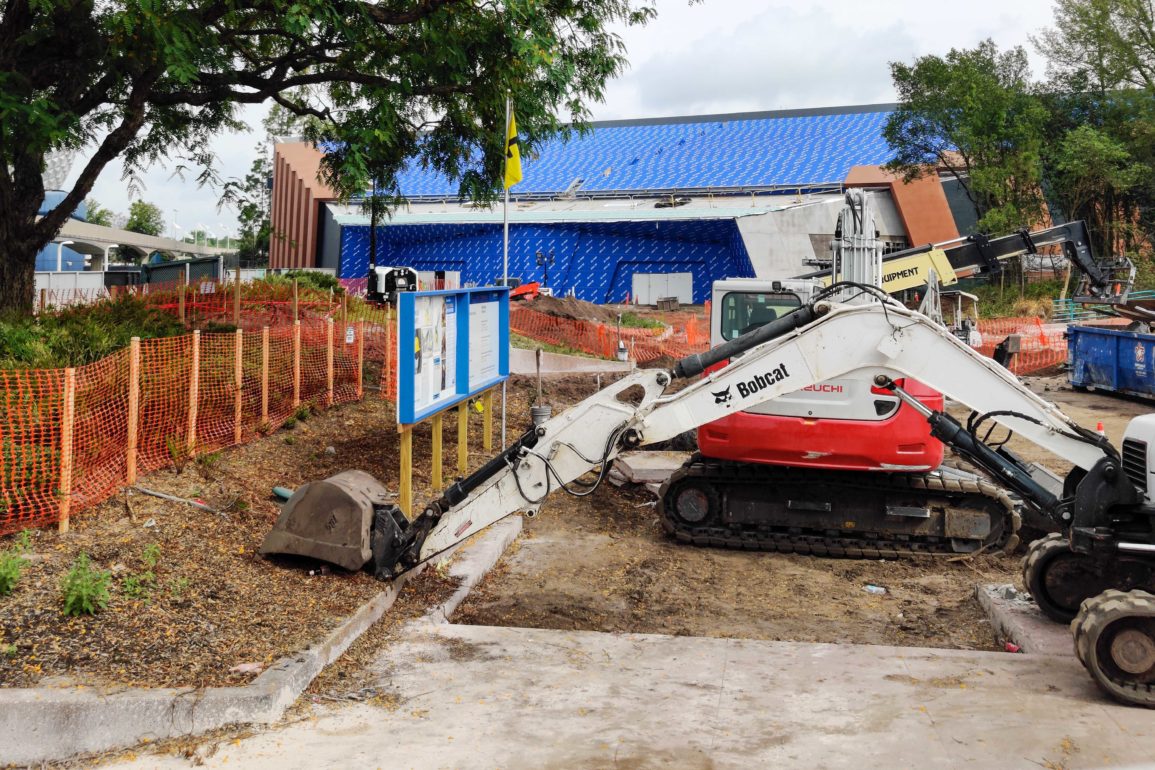 PHOTOS: Construction Gradually Moving Along on Guardians of the Galaxy: Cosmic Rewind Façade in EPCOT

Construction on the façade of Guardians of the Galaxy: Cosmic Rewind in EPCOT has nearly come to a standstill. While this makes progress difficult to track, we do know a permit was recently filed for a “show element” inside the attraction, and there is still plenty of work to be done on the outside.

The building is covered in blue weather-proof sheathing.

One corner of sheathing has been dangling from the overhang for several weeks now.

It seems that the back edge of the roof was finished off.

It is now a uniform short black wall instead of a light grey color.

We haven’t seen anything installed in the square holes along the front of the façade, but we’ll continue to keep our eyes out for lighting installation.

On the right side of the building, we can see the exit of the attraction. Some metal supports remain exposed, but they are being slowly enclosed. Unlike the entrances, which currently have white doors, the exit does not have these temporary doors yet.

The sidewalk in front of the building is still covered in dirt as construction vehicles remain housed there. The sign seen in the photo above is regulatory information for construction workers and is not a permanent structure.

There have been changes in the building’s design since this concept art was released. Most notably, the concept art shows three entrances, while it seems there will only be two—one on either side. The exit is visible to the far right in the concept art.

Keep checking WDWNT for updates on this and more EPCOT construction projects.