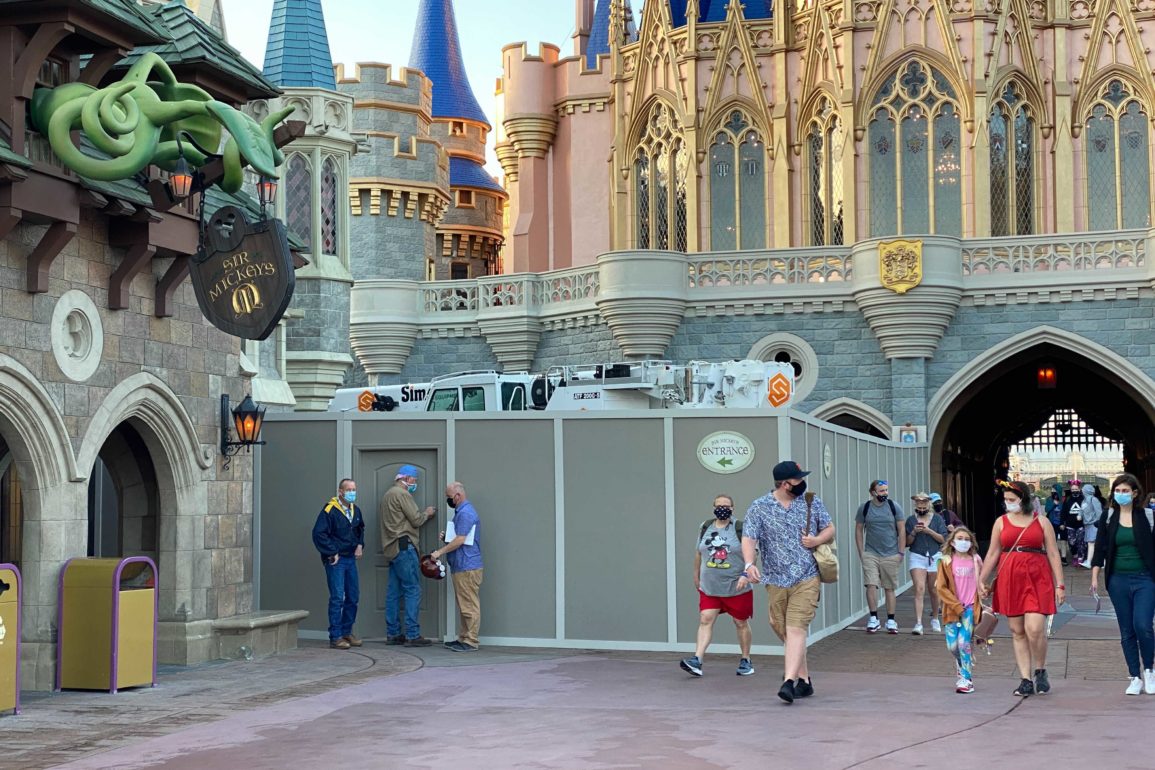 As we previously reported it would, a crane has been parked behind Cinderella Castle in Magic Kingdom. The crane will be used for installing the rest of the castle’s 50th anniversary decorations now that the final piece of bunting was installed on the first level.

We saw some Imagineers coming out of the crane’s walled-off section.

Right now, the crane is in a down position, so it won’t be messing up any castle photos on Main Street, U.S.A.

The crane’s arrival may mean we’ll be seeing more decorations for “The World’s Most Magical Celebration” in the next few days. How do you feel about the decorations? Let us know in the comments.

Progress Continues on Connections Café and Eatery in EPCOT in Anticipation of Spring OpeningMarch 10, 2022
'One Family' 2022 Pin Celebration Taking Place at EPCOT on August 12 and 13April 1, 2022
'American Idol' Returning to Aulani, A Disney Resort & Spa This SeasonFebruary 10, 2022