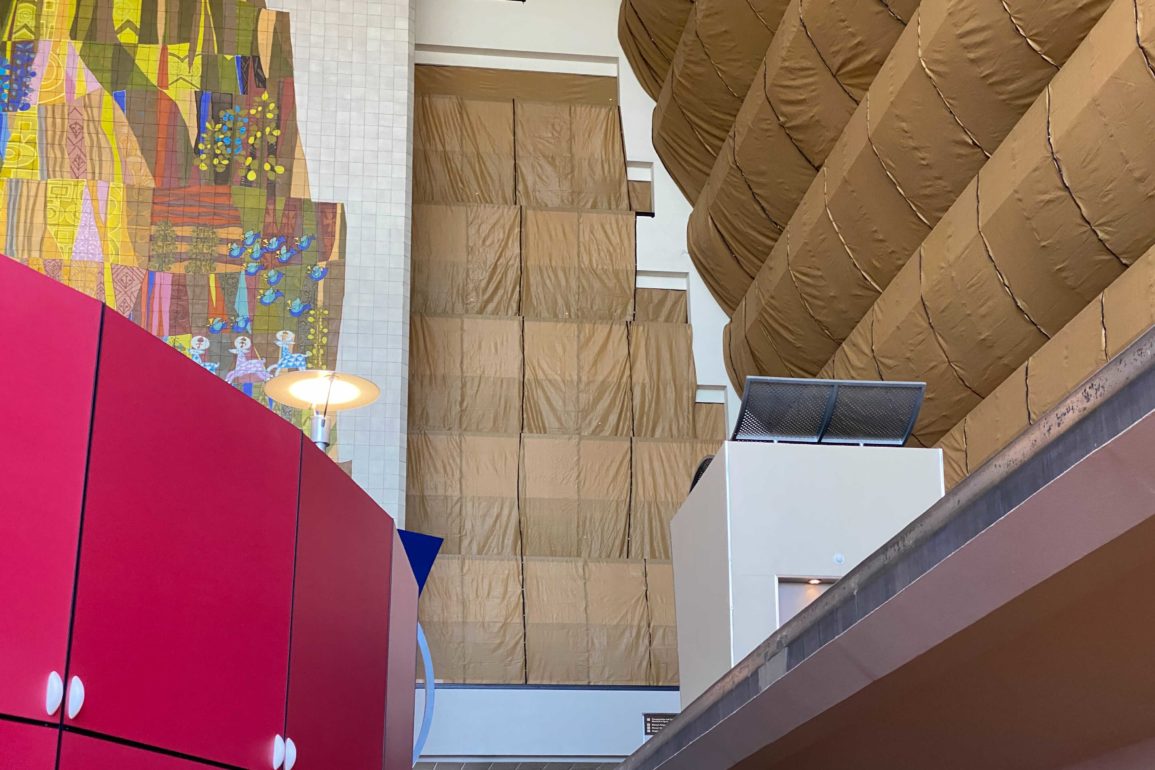 Now, sections of the hallway that leads to and from the elevators have been covered. These covers are used in hotel refurbishments, so guests don’t have to see construction messes. It also allows Disney to keep secrets under wraps until the project is completed.

The rooms and halls currently covered are on the monorail side of the building. Pictured above is the side facing the Fantasia Gift Shop.

We reported that Disney had built a test room themed to The Incredibles back in 2019. The test also included theming in the hallways.

Follow along with WDWNT for more coverage as the refurbishment of Disney’s Contemporary Resort continues.