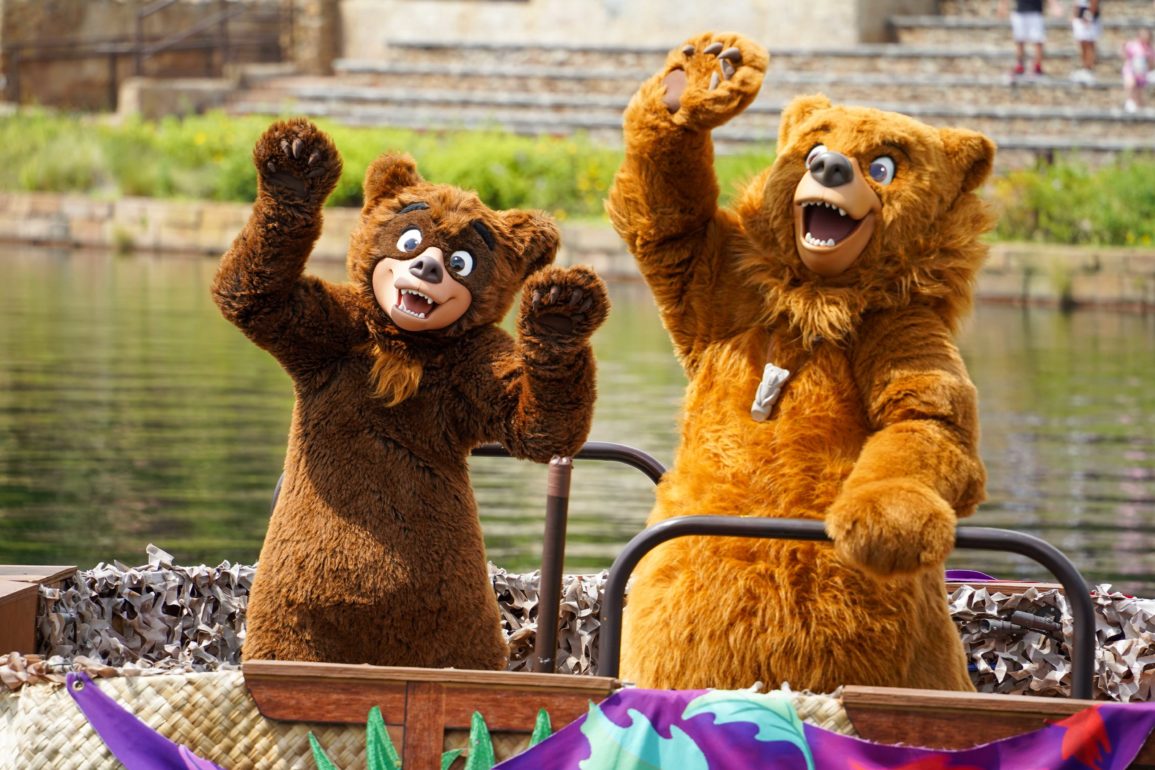 Earth Day celebrations have officially returned to Disney’s Animal Kingdom! Because Earth Day falls on April 22nd, which is also the theme park’s anniversary, festivities are in full swing this week. We were able to catch some special characters join the fun aboard flotillas cruising down Discovery River.

Guests who have visited Disney’s Animal Kingdom may be familiar with the Character Cruises that happen throughout the day, but Guests visiting today were in for a treat!

Koda and Kenai from Brother Bear are two of the characters that can be seen during Earth Day celebrations this week. Motifs from the film were previously used during the permanently closed “Rivers of Light” at the theme park, so it’s nice to see Brother Bear back here at least for a little while.

Usually, Guest-favorite Disney characters can be seen on flotillas, such as the Mickey & Friends and Donald’s Dino Boat Bash! cruises around Discovery River, but now some rare characters, such as Koda and Kenai, have made an appearance for Earth Day.

If you want to catch a glimpse at these characters cruising around Disney’s Animal Kingdom, you have until April 24th to do so!

Keep reading WDWNT as we keep an eye out for more special Guests aboard the flotillas at Disney’s Animal Kingdom this week!