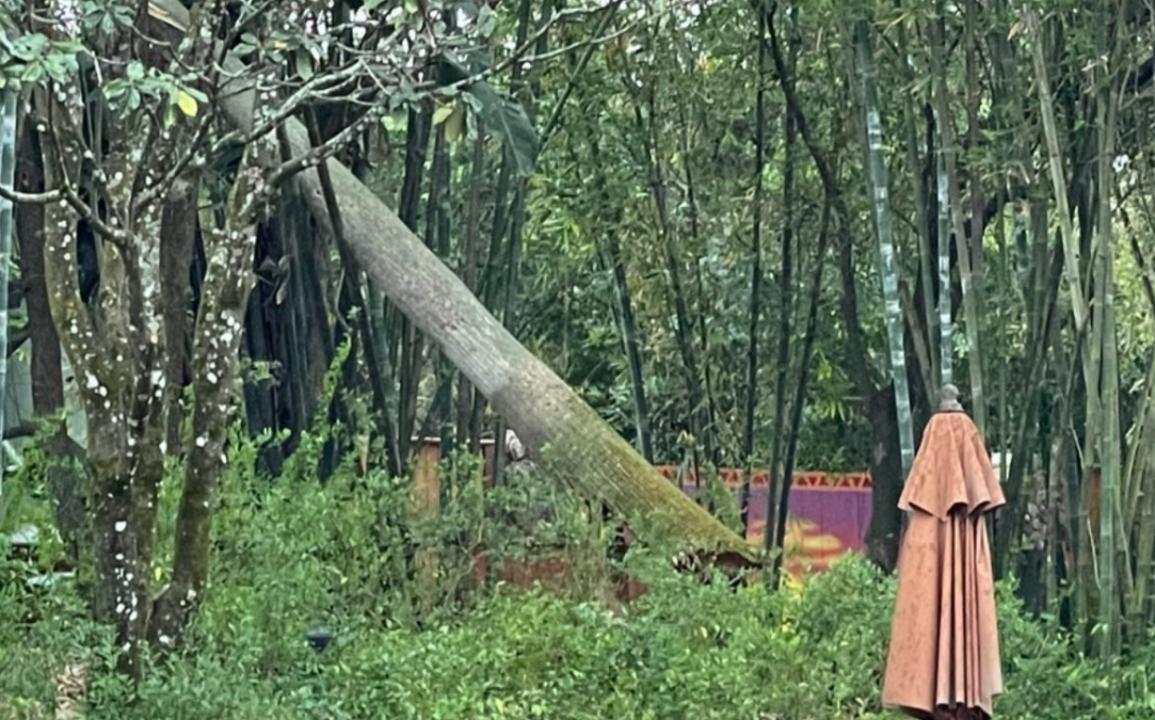 Inclement weather today in the Orlando area brought heavy winds to Walt Disney World. Guests at Disney’s Animal Kingdom were in for a surprise when the gusts caused trees around the theme park to fall, even causing some guests to become stuck on Kilimanjaro Safaris.

Katie Alvarez (@thetinydisneydetails) sent us an image of a large downed tree due to the severe weather at Disney’s Animal Kingdom today.

Given a closer look, it’s very fortunate that the tree did not fall the opposite way onto the pathway on which guests walk.

The DAK Guy (@thedakguy) on Instagram sent us a photo of bamboo fallen over a walkway.

Luckily, it didn’t seem as though guests were in the area at this time.

Chelsea Angelis (@chelsea_angelis) sent us video that she and other guests were stuck on Kilimanjaro Safaris for 35 minutes due to bamboo falling on top of the safari truck.

As seen in the video above, also sent in by Chelsea, Cast Members had to pull the bamboo off of the truck. One Cast Member stood on the ground wearing a poncho and another climbed on top of rocks in order to get the bamboo down to resume the attraction. Thankfully, there were no animals in the area.

Though inclement weather roughed up Walt Disney World today, we’re glad that we haven’t heard reports of guests who had been injured.

Entrance and Bridge of Former Tarzan's Treehouse Being Demolished at DisneylandApril 28, 2022
REVIEW: "You Auto Be Mine!" Slush Charms Us at Disney California AdventureJanuary 31, 2022
New Eight-Night Alaska Cruise on Disney Wonder Available in September 2023June 30, 2022