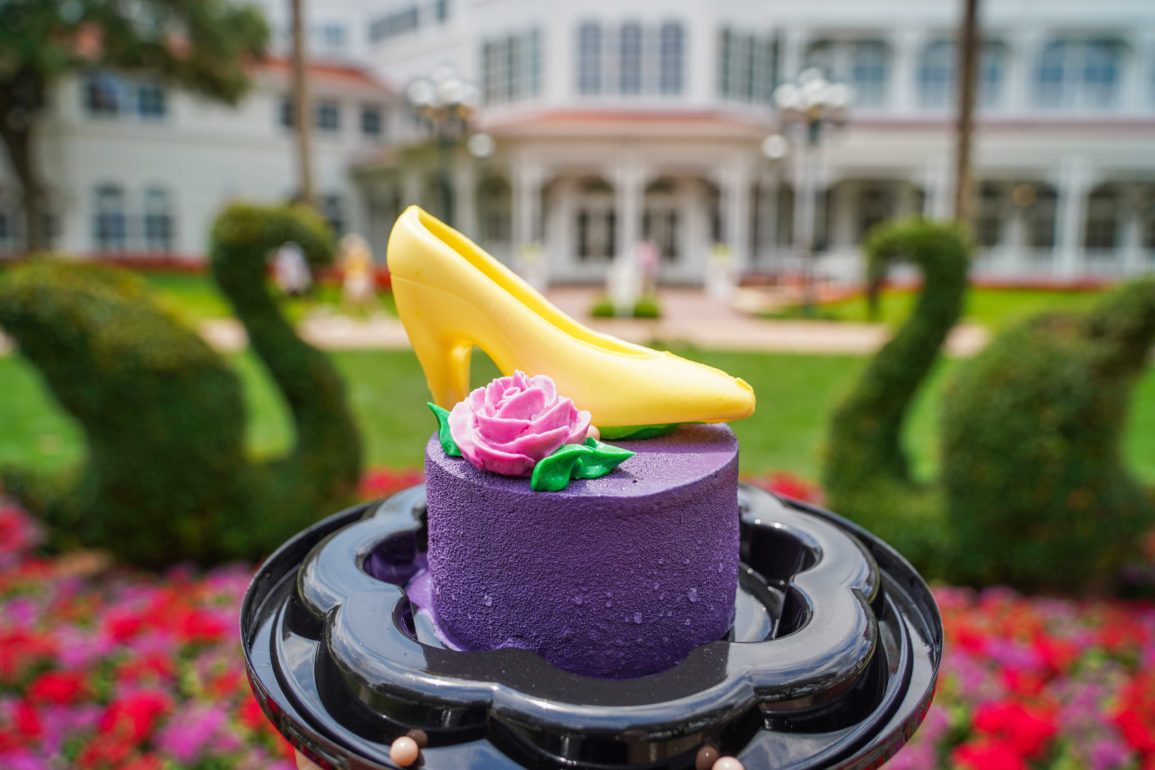 With Mother’s Day quickly approaching in the United States, Walt Disney World is offering some special bites and sips to commemorate the holiday. We headed to Gasparilla Island Grill at Disney’s Grand Floridian Resort & Spa to try their limited-time dessert: the Mother’s Day Mimosa Miniature Gâteau.

The presentation for this dessert is phenomenal!

Though the Florida weather quickly gave the cake some condensation droplets, it was still beautifully crafted.

The rosette and leaves are meticulously piped with buttercream next to the white chocolate slipper.

However, despite its bright colors and flashy footwear, this is quite a tame dessert. Starting off with the extraneous, the white chocolate slipper acted as little more than decor for the dish, with the white chocolate adding exceptionally little in the way of flavor — and certainly not any flavor that compliments the gâteau. Likewise, the buttercream rose is nice, but mostly for visual appeal.

The cake itself, however, is nicely balanced with mild flavors. The golden sponge cake had a hint of orange flavor, and while not exactly mimicking the orange juice in a mimosa, acted as a suitable stand-in. The cake was extremely moist and soft, exactly what we wanted.

The mimosa mousse filling was easily the tastiest part of the treat, offering a rich, yet mild, “mimosa flavor”. In reality, the mousse doesn’t actually taste like a mimosa, either, but tastes more of a creamy vanilla which works well with the golden cake.

Overall, this dessert is nice, but with a lot of unnecessary details that are solely for visual benefit, and a taste that doesn’t really kindle thoughts of mimosa. Rather, it’s like a very subtle creamsicle taste. In the end, a perfectly fine flavor, but arguably not quite worth the price tag.

The Mother’s Day Mimosa Miniature Gâteau is available for a limited time at Gasparilla Island Grill through Mother’s Day on May 9th.