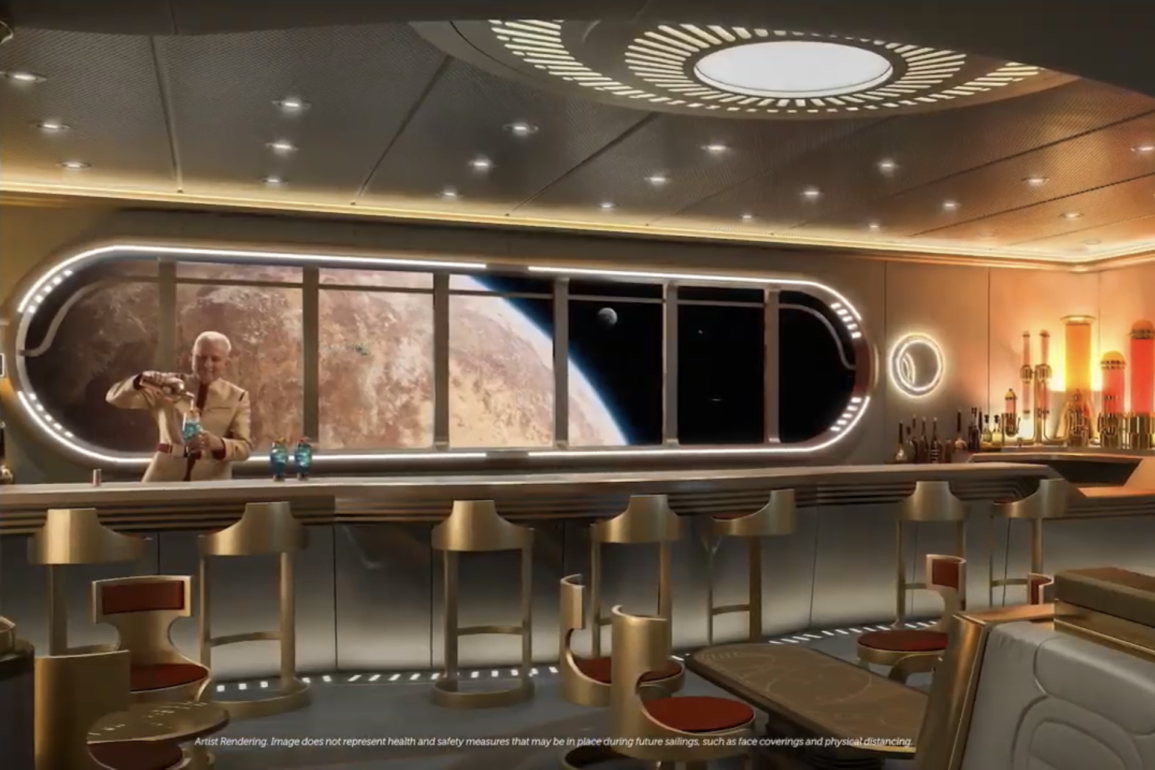 In late April, we learned that Disney Cruise Line’s Disney Wish will include the first Star Wars lounge at sea. Star Wars: Hyperspace Lounge will be a wish come true for Star Wars fans. The lounge will feature a widescreen viewport that will give guests a view of planets and starships from the Star Wars universe.

StarWars.com has published a full list of ships that can be spotted near each planet. In all, over 40 ships will fill zoom past the viewport.

Guests will be able to see a variety of ships, including the Starspeeder 3000 and the Halcyon, the ship that is Star Wars: Galactic Starcruiser.

It appears that the Mustafar system has a heavy Imperial presence.

The Skywalker Saga begins and ends on Tatooine; it only makes sense to visit this system. Guests can spot the Razor Crest and — if the Force is with them — the fastest hunk of junk in the galaxy.

The forest moon of Endor is the setting for Return of the Jedi‘s climactic ending. Cruisers will see Resistance and First Order ships here.

Are you looking forward to experiencing Star Wars: Hyperspace Lounge onboard the Disney Wish? Share your plans in the comments.