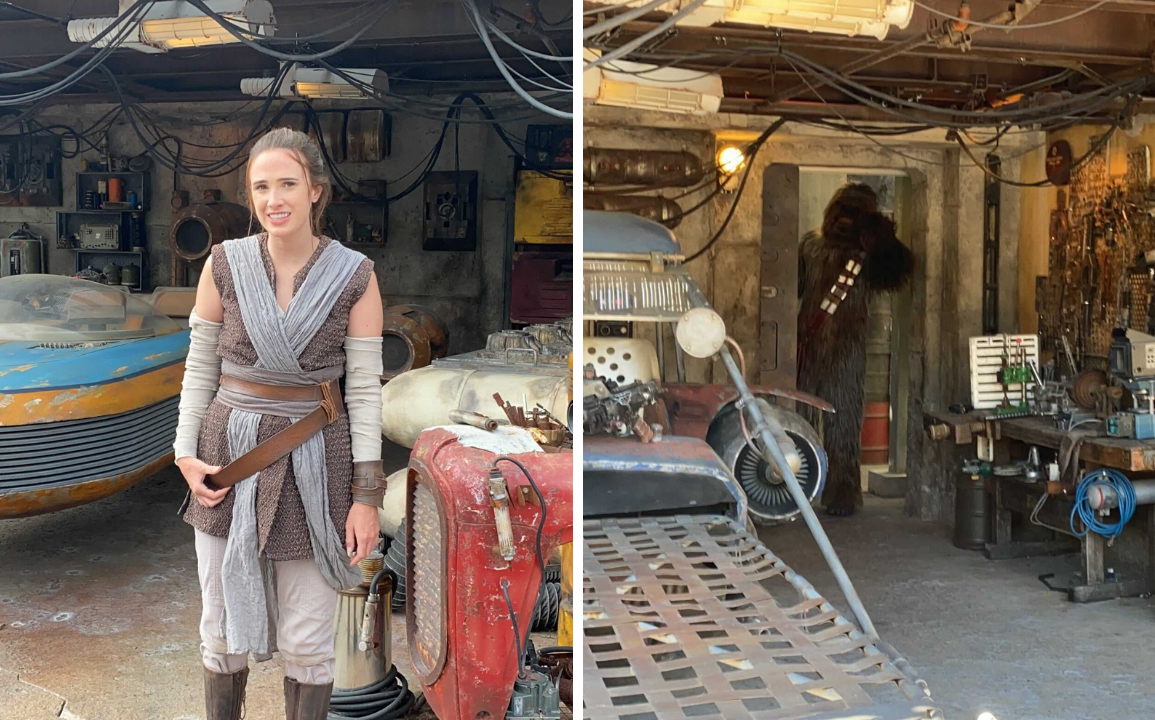 May the force be with you! Following Friday’s reopening of Disneyland, characters are starting to make physically-distanced appearances in the parks. We were able to visit with both Rey and Chewbacca in Star Wars Galaxy’s Edge.

Rey took some time to interact with us in between working on some landspeeder repairs.

Guests gathered around as Chewbacca posed with them for physically distant photos.

Between photos, Chewie was preoccupied with some repairs of his own.

Chewbacca bid us farewell on his way out.

Vi Moradi appeared above the speeders in Galaxy’s Edge.

Vi is a Resistance spy who operates out of Black Spire Outpost.

Vi Moradi was joined by Rey.

We also have video of our experiences with the characters for you to enjoy:

Next
Disney+ Marvel Series ‘Loki’ Moved Up, Streaming First on Wednesday Instead of Friday