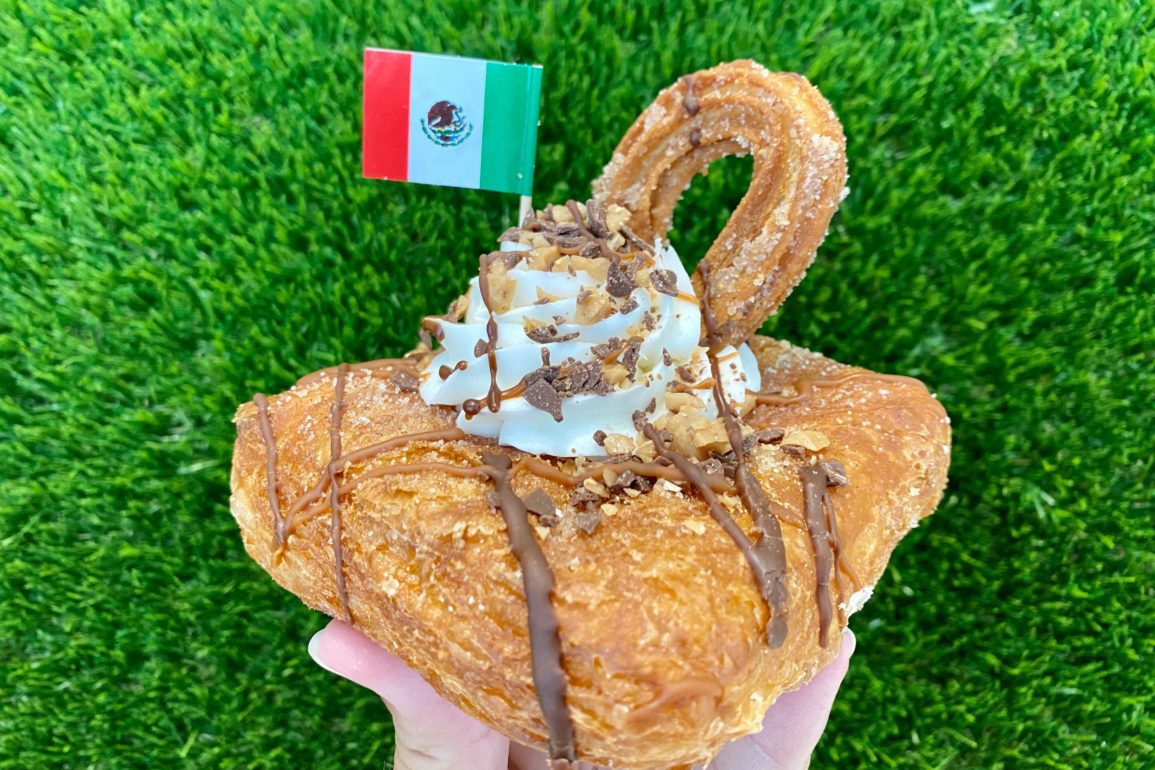 Feliz Cinco de Mayo! In honor of the holiday celebrated throughout Mexico and the United States, Everglazed Donuts & Cold Brew on Disney Springs West Side is offering a limited-time sweet concoction. We stopped by to give it a try as this donut is only available today. The donut shop closes at 10pm this evening.

The donut is made with croissant dough (a ‘cronut,’ if you will) and sprinkled with cinnamon sugar.

A generous amount of buttercream is topped with crushed Heath bar pieces.

The whole donut is drizzled with caramel and chocolate frosting, but the flavors are lost under all the buttercream and cinnamon sugar.

It even has a churro! The churro was crumbly, but very good. Unfortunately, our churro was hard in the center.

The confection is topped with a tiny Mexican flag.

The flaky layers of the croissant donut are soft and balance the sweetness of the buttercream. If it looks like the frosting multiplied, that’s because they punch a hole in the center before adding the topping, so you get some buttercream in the middle! It’s not a traditionally filled donut, but the extra buttercream was a fun surprise.

Of the specialty donuts from Everglazed, this was our personal favorite. Despite all the toppings, it wasn’t sickeningly sweet. The flavor palette was well balanced, and we would definitely order this again.

Will you try the “Cinco de Oh-May-O” croissant donut from Everglazed Donuts & Cold Brews? Let us know in the comments!

Previous
Disney Skyliner Service to EPCOT Will Not Be Available for Park Open on Thursday, May 6th