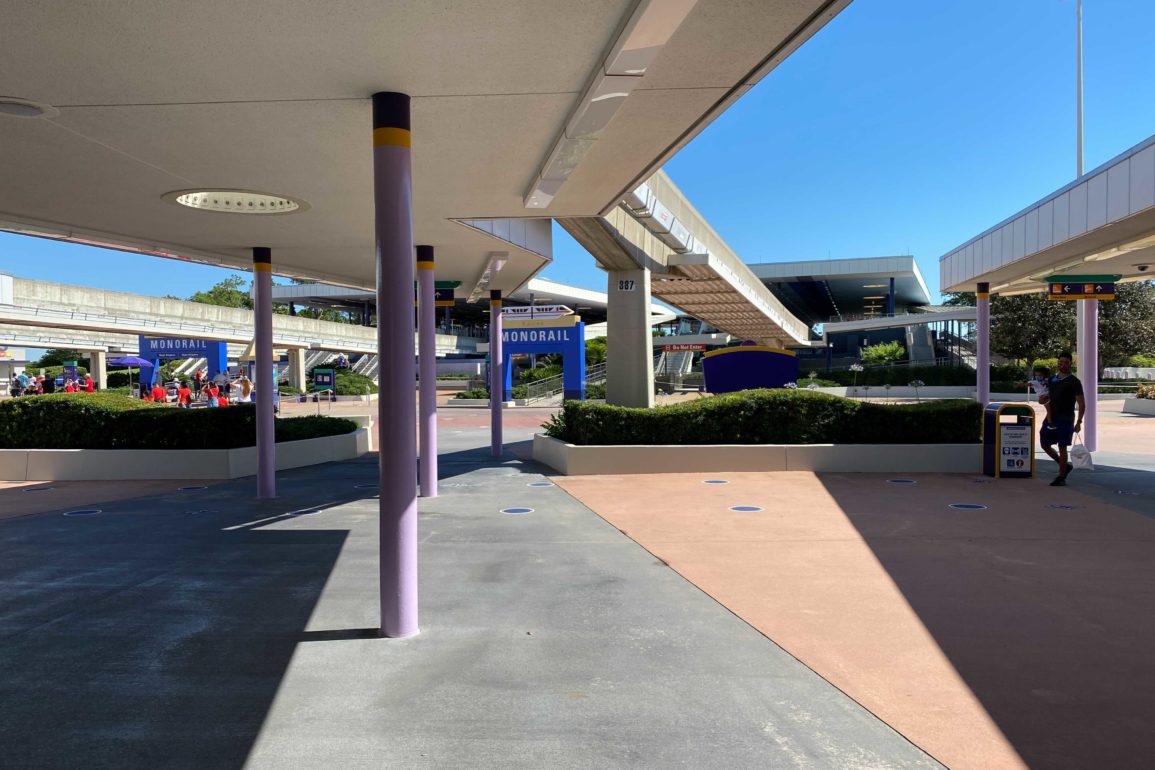 The Transportation and Ticket Center is being refurbished in time for Walt Disney World Resort’s 50th anniversary later this year. Earlier this week, most of the character-themed gates were removed and supports began to be painted blue. Now, the final character gate is gone.

The gate was previously in this area.

Now that the gates have been removed, painting will probably pick up in this section of the Transportation and Ticket Center. It’s unclear if the gates will return repainted or if they are gone forever.

Most of the supports on the opposite end have been painted blue.

Four out of six supports have been painted blue beneath this roof.

The frame around these soda machines have also been painted blue, which is now the dominant color of the Transportation and Ticket Center.