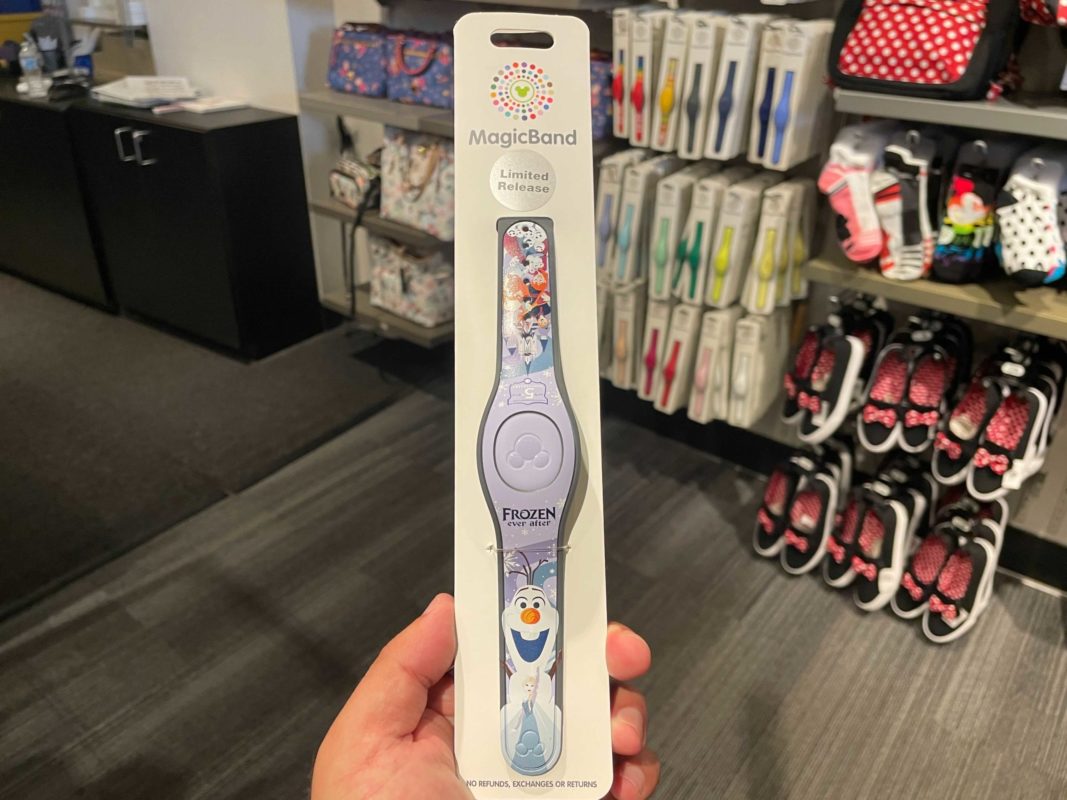 Can you believe it’s been five years since Frozen Ever After opened at EPCOT? Time sure flies when you’re sailing through Arendelle.

To mark the anniversary, there’s a new limited release MagicBand featuring some of the ride’s most beloved characters.

On one end of the hydrangea MagicBand, Elsa poses triumphantly in front of a much larger Olaf, while the attraction logo sits overhead.

On the other end, Anna, Kristoff and Sven celebrate with a horde of Snowgies in front of the castle.

The MagicBand retails for $34.99, following the price increase rolled out across Walt Disney World on Wednesday. We found it in Mouse Gear, though it may be available elsewhere in EPCOT.

If you want to mark another big birthday, be sure to check out the Muppet*Vision 3D MagicBand, released in time for the attraction’s 30th anniversary!