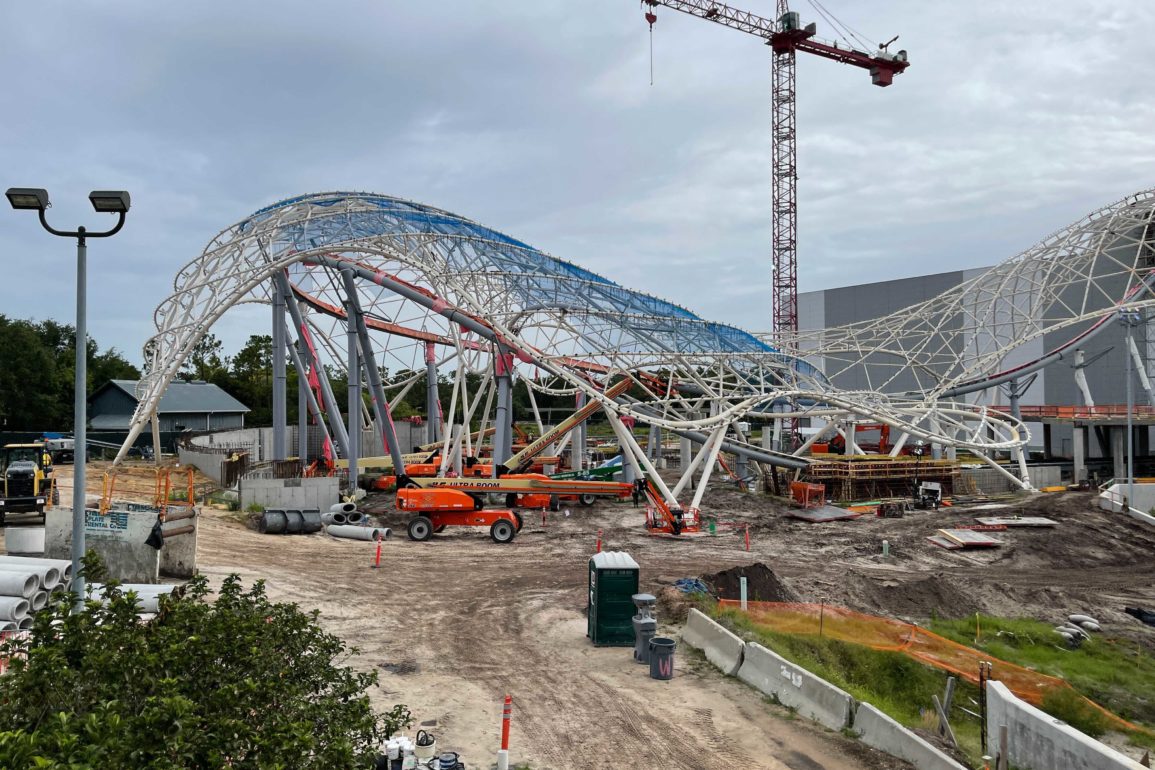 Even more netting has been added to the canopy framework above the TRON Lightcycle / Run track at Magic Kingdom as construction continues on the rollercoaster.

The blue netting covers much of the larger hump of the canopy framework.

Work has been concentrated on the canopy for several months now. Most recently, crew members were installing lights on the framework.

The netting seems to be a temporary safety netting ahead of the installation of the actual canopy, which will be made of more solid and opaque pieces.

Interior construction recently resumed on TRON Lightcycle / Run and the track’s entrance into the building was reopened.

The netting is also visible from Storybook Circus.

The netting is held on with simple ties securing it to the framework.

If this temporary netting will be covering the entire framework, there is still a long way to go.

Triangular arms now periodically jut out from the track’s supports.

The track has been covered in orange tarp during canopy construction to keep it protected.

Scaffolding still covers the side of the building where the track enters “The Grid.”

Paneling has been removed from the top half surrounding the track.

We saw activity on the ground this morning.

New materials have been moved onto the site, likely for both interior and exterior construction.