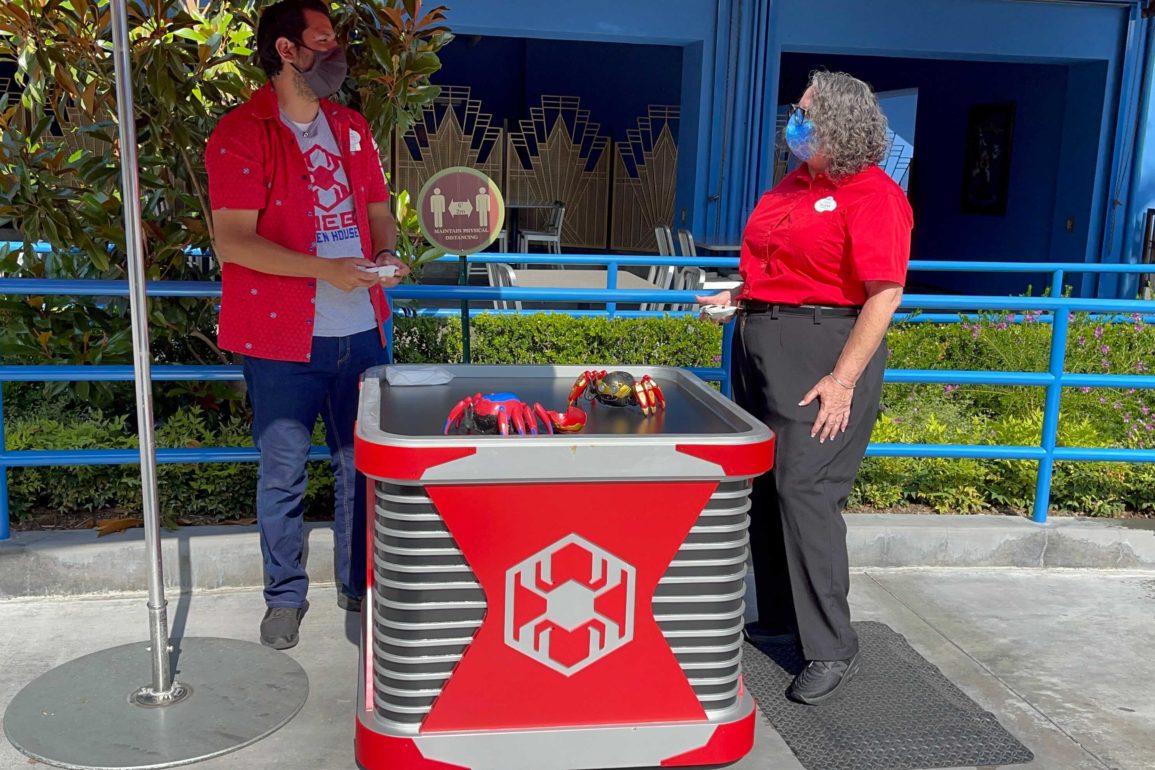 With only one day to wait until the Avengers Campus opens at Disney California Adventure, we found some new Spider-Bot items in a different location to distract us from our impatience. Spider-Bots were first released last year during the closure of Disneyland theme parks.

Last November we shared an unboxing video to highlight the features of the Spider-Bot:

But now guests can purchase and customize their Spider-Bots with new tactical upgrades at Studio Store in Hollywood Land.

Prepare for an heroic battle with your very own interactive, remote controlled Spider-Bot, which you can now purchase at Studio Store.

You can also customize your Spider-Bot by giving it a makeover of your choosing. Each of these new tactical upgrades is inspired by a Marvel character and provides an exclusive advantage over your opponent.

The Black and Silver “Black Widow” Tactical Upgrade lets you battle for longer with an unlimited standard blaster.

Avoid hits by your opponents with this super-crouching, Ant-Man inspired tactical upgrade. You can crouch to your heart’s content without the ability overheating.

The yellow and gray “Wasp” inspired upgrade will keep you safer longer. It offers an extended projector shield which stays on for 15 seconds.

You’ve been challenged to an epic showdown with your Spider-Bot, but how are you going to transport it? Don’t fret! This backpack comes complete with a web shaped carrying compartment for your bot.

There is plenty of room in this pack for all of your Spider-Bot accessories.

And “Spidey” himself appears on the design along with homages to other beloved Marvel characters.

Additionally, there is even a new Spider-Bot play area nearby where we can see these bots in action!

Near Studio Store we found Cast Members facing off with their Spider-Bots at the play area.

Which of these Spider-Bot tactical upgrades and accessories do you need to commence battling? Let us know in the comments.