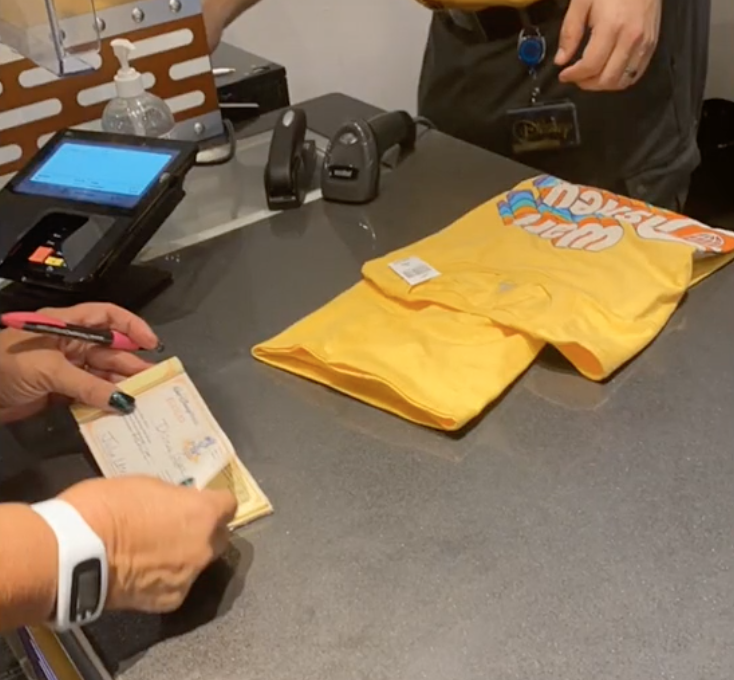 TikTok users are going viral with a “free shirt hack” at Walt Disney World. User Amanda DiMeo first posted about the “hack” in May.

Cast Members at Magic Kingdom flagged DiMeo’s clothing as a violation of the resort’s dress code due to its revealing nature. She was given a $50 voucher for a new shirt, but after speaking with a manager, ended up with a $75 Spirit Jersey that she was then required to wear. She told Fox News, “Everyone was super nice about the whole process and I didn’t expect the video [to go] that viral.”

This week, user Alyssa Schueller posted a video from EPCOT, where a Cast Member stopped her at the entrance due to her outfit. In the video, she shows off her outfit, which exposes her midriff and resembles a bikini top. “It’s true guys,” Schueller captioned the video, referencing DiMeo’s “hack.”

Neither DiMeo nor Schueller seemed to purposefully violate the dress code just to get the free clothing.