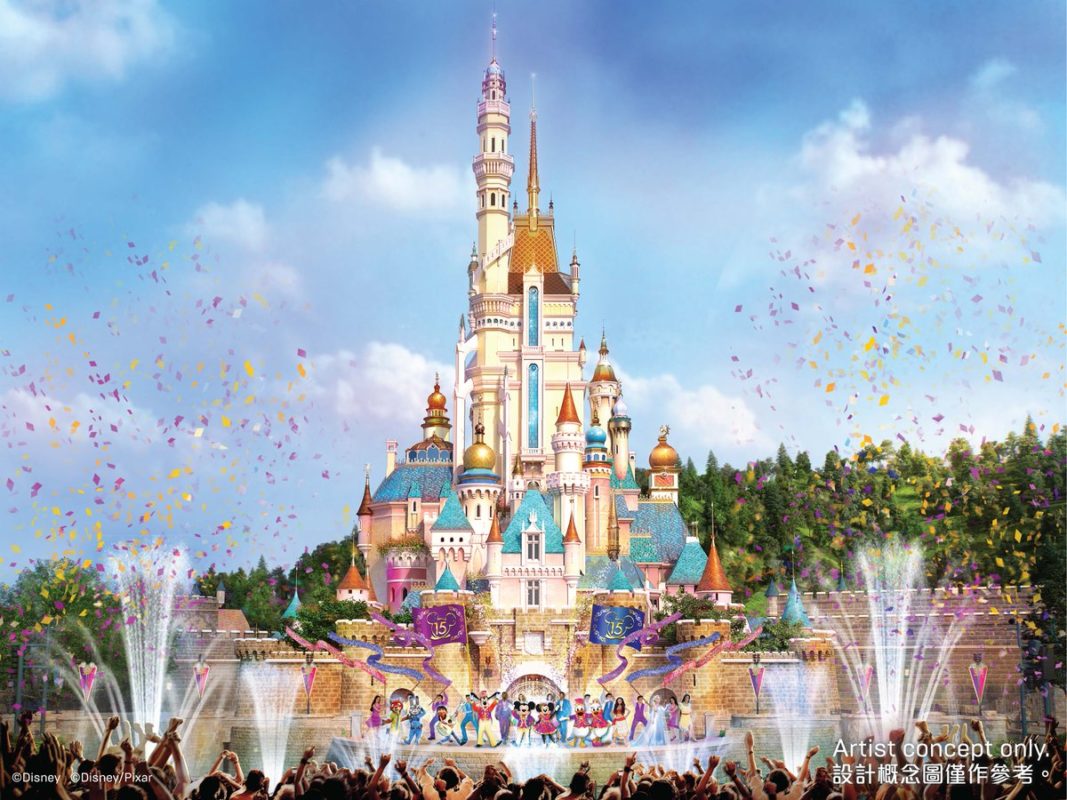 During a Creative Share Session earlier today, Hong Kong Disneyland released further details on the new Castle Stage Show called “Follow Your Dreams” that will debut at the end of this month on June 30th. Below is the full press conference video:

As Hong Kong Disneyland celebrates its 15th anniversary and the grand debut of Castle of Magical Dreams, Hong Kong Disney has entered a new stage. This summer, the new outdoor show “Follow Your Dreams” will be presented on the stage of the Castle of Magical Dreams which represents courage, hope and infinite possibilities, to convey happiness with the spirit of never giving up and the power of dreams. The team used brand-new original songs and re-compiled several classic Disney themes, combined with different styles and dynamic music beats, to concoct a dizzying musical feast. Guests will follow Mickey Mouse, who is beloved by fans all over the world, and a number of newly-matched Disney friends, unleash their extraordinary imagination, and take guests on a journey of joyful dream chasing with music.

We also have a video of the costumes and props featured in the show as well:

Are you excited for this new performance coming to Hong Kong Disneyland? Let us know in the comments.