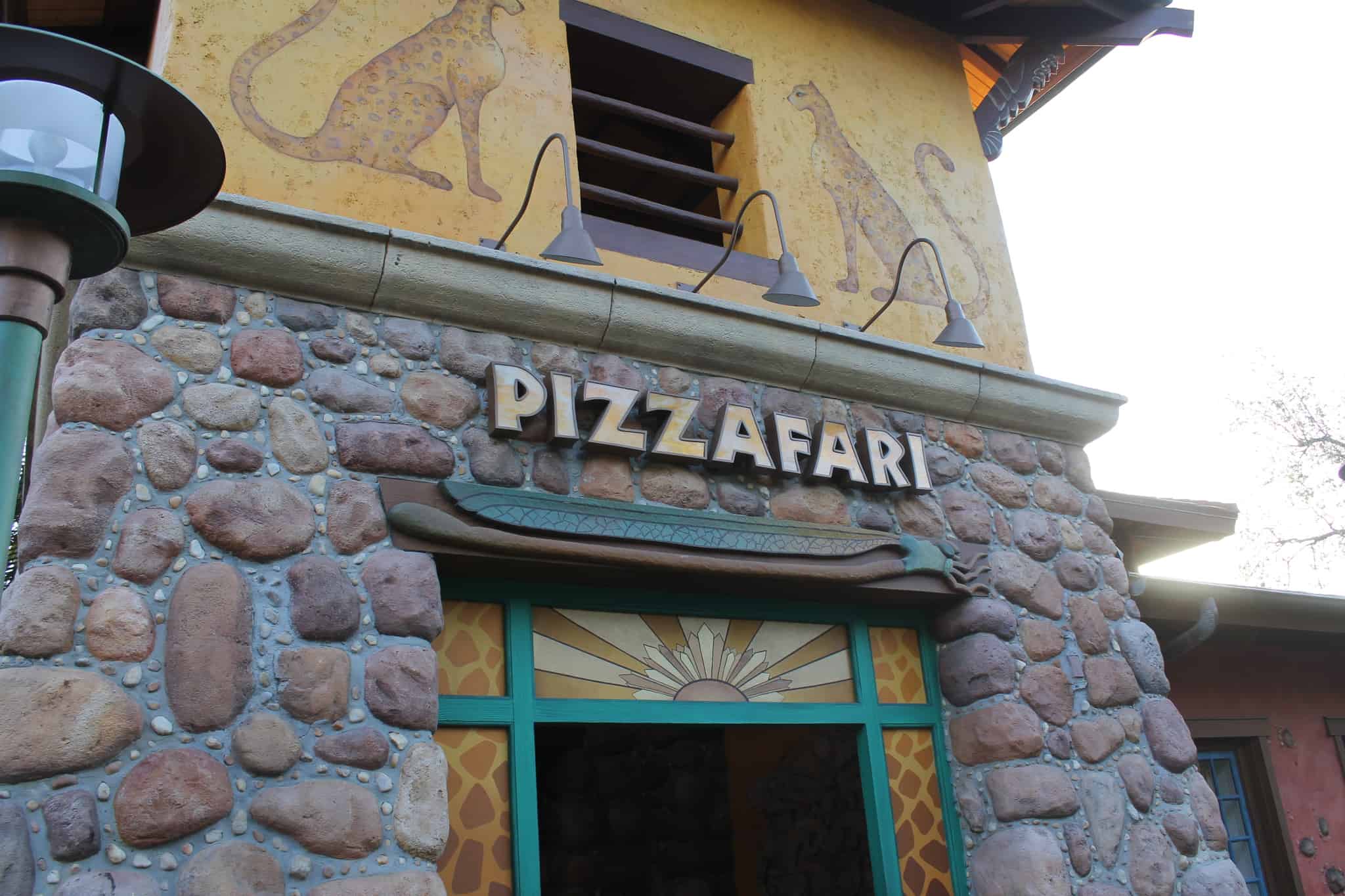 Ahead of its scheduled August 2nd reopening at Disney’s Animal Kingdom, Pizzafari has modified its menu, including a new sandwich and plant-based item.

Most notably, the shrimp flatbread has also disappeared, having been replaced with a Chicken Parmesan, consisting of breaded chicken topped with marinara and provolone on ciabatta bread and served with a side Caesar salad for $10.99. Most pizza options remain the same.

The other big menu change affects the plant-based option. Gone is the Sicilian-style pizza slice with plant-based sausage, and in its place is a Greens and Grains Salad, made with mixed greens topped with Garbanzo beans, white beans, red onions, pepperoncini, Kalamata olives, tomatoes, quinoa, and green goddess dressing, which sells for $9.99. Sadly, the tomato basil soup is also gone, now replaced with a Cuties mandarin orange.

Finally, the only dessert is now the Spaghetti and Meatball Cupcake, previously seen at Terra Treats.

Pizzafari is far from the only restaurant returning in the coming days. Be sure to also check out our look at the new menus for Yachtsman Steakhouse and Toledo – Tapas, Steak & Seafood, which will reopen August 5th!

Patient Evacuated by Helicopter on the Disney Magic Cruise Ship