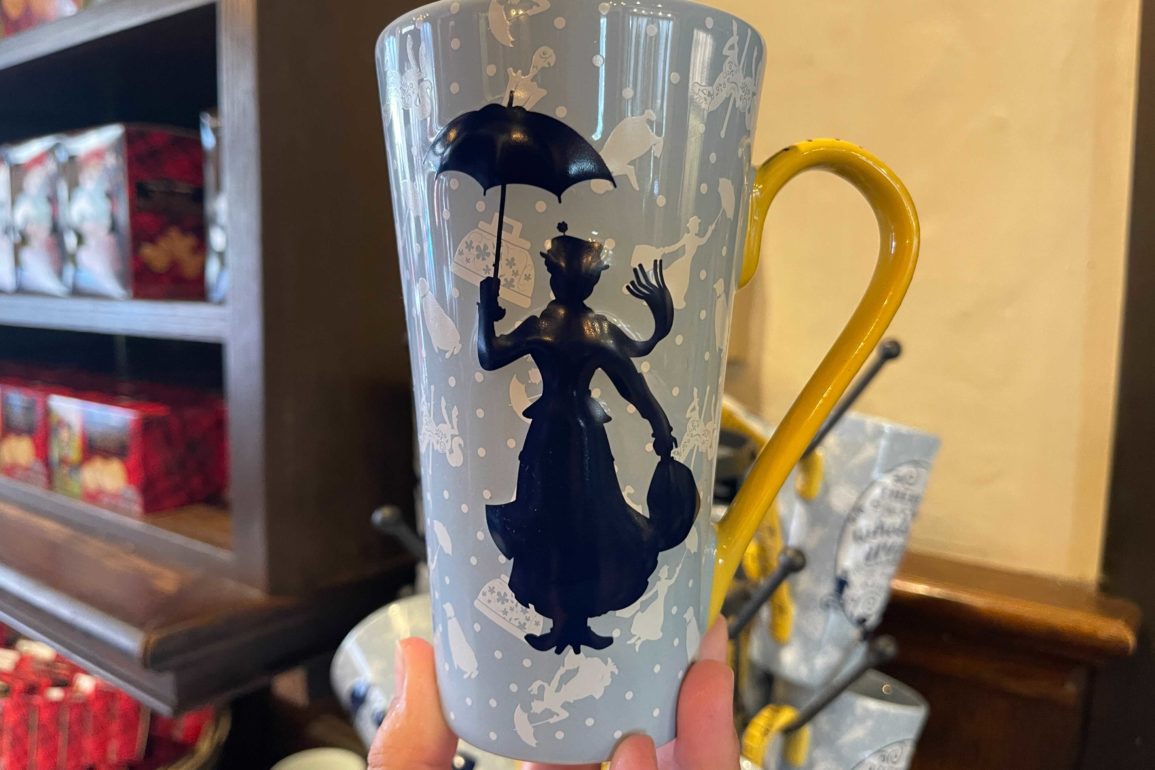 The latest bit of new merchandise we’ve spotted at Walt Disney World is “practically perfect in every way!”

A new mug features none other than Mary Poppins. This mug has blown into Walt Disney World, having previously appeared at the Disneyland Resort earlier this month. The beloved nanny is shown in a navy blue silhouette on one side of the mug, holding her signature umbrella and carpet bag.

The light blue background displays iconography from the classic 1964 film, including a carousel horse, penguin waiters, and Mary in flight.

The other side offers a quote from Bert: “there’s the whole world at your feet,” which he says to refer to the view the chimney sweeps get to enjoy from the rooftops of London.

Even the handle offers a magical touch, as it’s patterned after Mary’s measuring tape.

There’s no surprises on the inside, but it’s certainly tall enough to hold a good cup of tea (or the beverage of your choice). The mug retails for $19.99, and we found it fittingly enough at The Tea Caddy in EPCOT’s United Kingdom Pavilion.