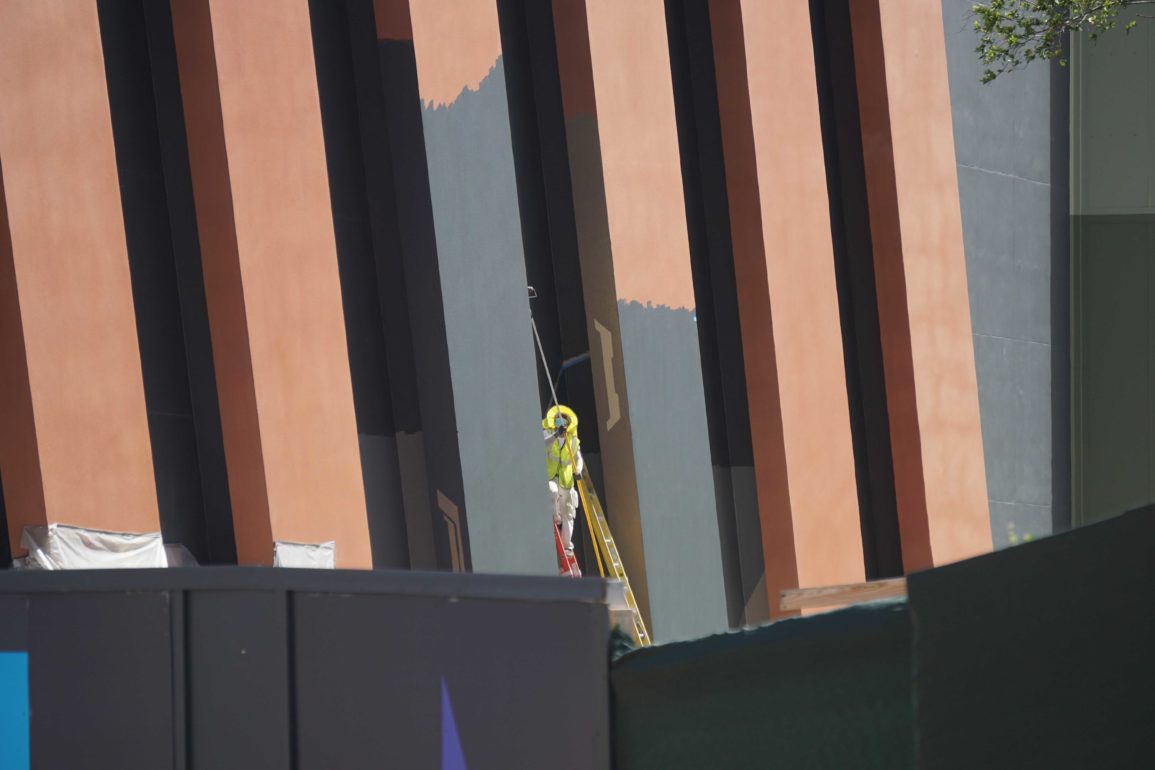 PHOTOS: Universe of Energy Pillars Being Painted A Different Color AGAIN for Guardians of the Galaxy – Cosmic Rewind at EPCOT

Almost two years ago, as work was really just starting on Guardians of the Galaxy – Cosmic Rewind at EPCOT, the classic pillars on either side of the Universe of Energy pavilion were painted a dark orange in preparation for the new attraction. Now, for some reason, they’re being repainted again in gray, with alien or futuristic markings accenting them.

The orange paint was applied by workers on scaffolding, but this time around, a ladder and less visible infrastructure will be used.

I guess someone decided they didn’t like the orange…

If you look closely, you can see details of what appears to be alien-like design accents on the sides of the pillars, painted in silver or a lighter gray.

So far we have only spotted two of these accents, but it seems the project has just begun in the last 24 hours.

Below is a piece of concept art of the completed building that aligns somewhat with what is above, albeit the actual product looks noticeably cheaper. The art seems to show illuminated accents, but the side pillars also seem to have a better-produced look with attachments installed onto the building, rather than just being the old pillars repainted.

The older piece above also still has the solar panels, which were cut from the project at some point.

What’s funny is that this more current piece of concept art does show the dark orange pillars. I guess we will wait and see which one is more accurate.