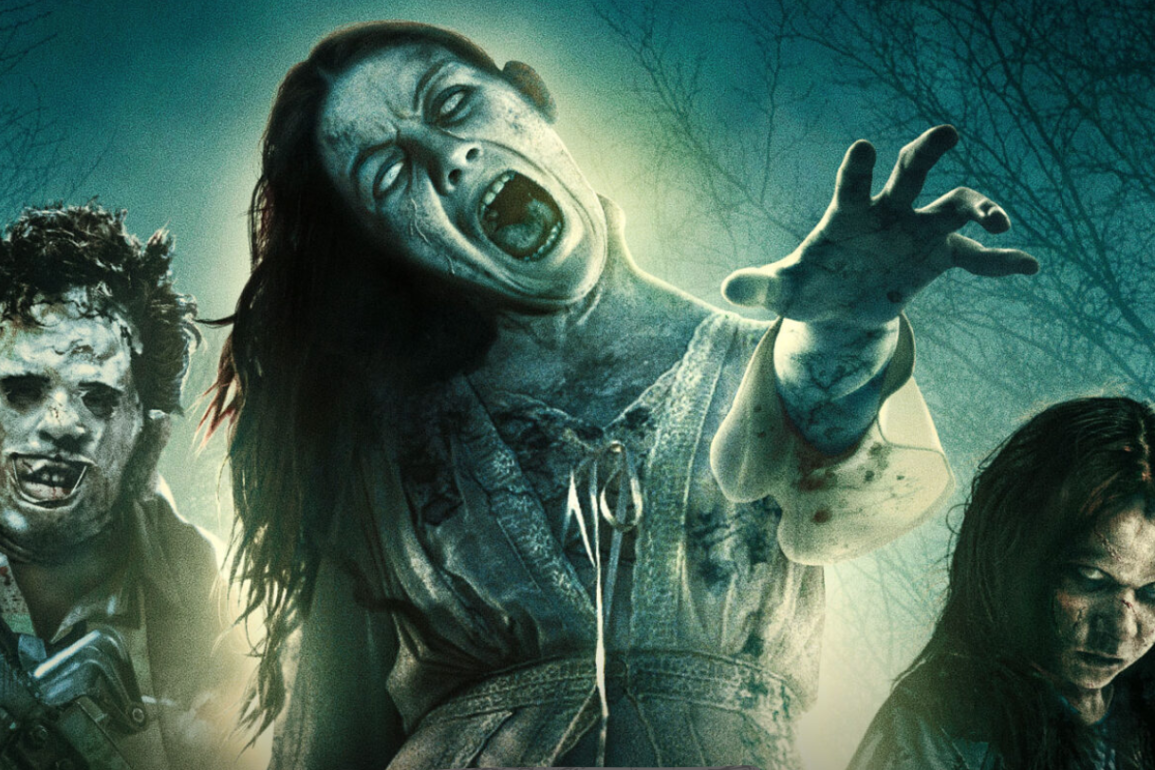 The full list of haunted mazes and scare zones have been announced for Halloween Horror Nights at Universal Studios Hollywood, as well as the return of Jabbawockeez dance group.

The Texas Chainsaw Massacre: You’ve seen the 1974 horror classic. Now It’s your turn to experience it for yourself. Enter the dilapidated Sawyer house and meet Leatherface and his demented family of merciless butchers. Will you make it out in one piece? Or in pieces?

The Exorcist: The film that fueled your worst nightmares has returned to Halloween Horror Nights. Enter the most haunting scenes from the film as 12-year-old Regan is possessed by a demon, possibly the devil himself. It’s a battle of the wills between good and evil.

Halloween 4: The Return of Michael Myers: Evil has returned. Michael Myers has escaped, and he’s on his way back to Haddonfield spreading blood and mayhem in his wake. Your only hope is Dr. Loomis – Myers’ fire-scarred former psychiatrist. But will he get there before it’s too late? It’s clear that this time, Michael Myers is unstoppable.

The Curse of Pandora’s Box: An ancient horror has returned to prey on those foolish enough to tempt the Fates with their curiosity and greed. Enter Pandora’s Curiosity Shop, where her infamous box lies. Once it’s opened, all manner of evil will be unleashed. Greek mythology is about to become your monstrous reality.

AMC’s The Walking Dead: Enter the post-apocalyptic world of AMC’s “The Walking Dead.” Prepare to fight for survival in a fully immersive journey as you navigate through a world overrun by walkers with an insatiable appetite for the living. Follow in the footsteps of the human survivors as you battle your way through nightmarish iconic landscapes that bring the most popular cable TV show in history to life!

Terror Tram: The Ultimate Purge: The Terror Tram is back. Unfortunately for you, some of the most iconic Purgers from each of the terrifying Purge films have taken over and are running rampant. It’s every man and woman for themselves as masked and costumed marauders are out to ambush anyone outside during Purge hours. So climb aboard the Terror Tram at your own risk. Because once you get off the tram it’s no rules. No laws. No escape.

Silver Scream Queenz: The Bride of Frankenstein is bringing classic female movie monsters back from the grave to strike fear into the hearts of men. Sinister sisters unite!

Chainsaw Rangers: Get ready to howl, roar and bellow with fear as you’re hounded by a bloodthirsty band of chainsaw-wielding maniacs wearing grotesque animal masks.

Demon City: This Manhattan neighborhood has gone to hell. A diabolical new nightclub, Inferno, has opened with demonic clientele straight from the Underworld.