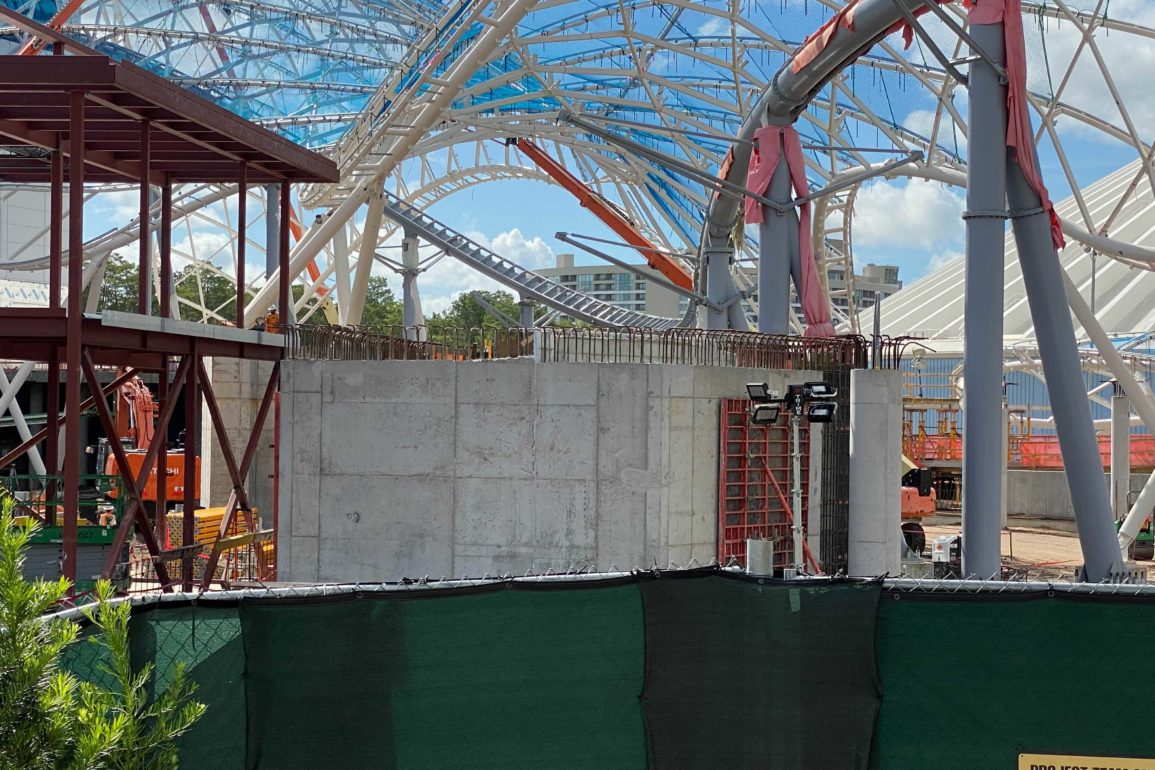 Exterior construction of TRON Lightcycle / Run is currently focused on preparing for the canopy to be installed. Metal rods are being placed on top of the white framework.

The show building was closed during today’s construction.

A couple of crew members were working atop the bare structure next to the coaster.

Most other crew members were working on the canopy framework.

The protective tarp has been removed from some of the coaster tracks.

This other small structure has mostly been encased in concrete, though some rebar sticks out of the top.

Construction has also been ongoing on the ground, where a tunnel is being constructed for the Walt Disney World Railroad.

Smaller steel elements are installed amongst the framework pieces.

Steel supports for the canopy do not yet cover the entire framework.

On the PeopleMover, we got a better look at some crew members standing on the blue safety netting as they worked.

The curved concrete walls are likely where the Walt Disney World Railroad trains will travel.

Next
PHOTOS: Caro-Seuss-el Refurbishment Underway at Universal’s Islands of Adventure