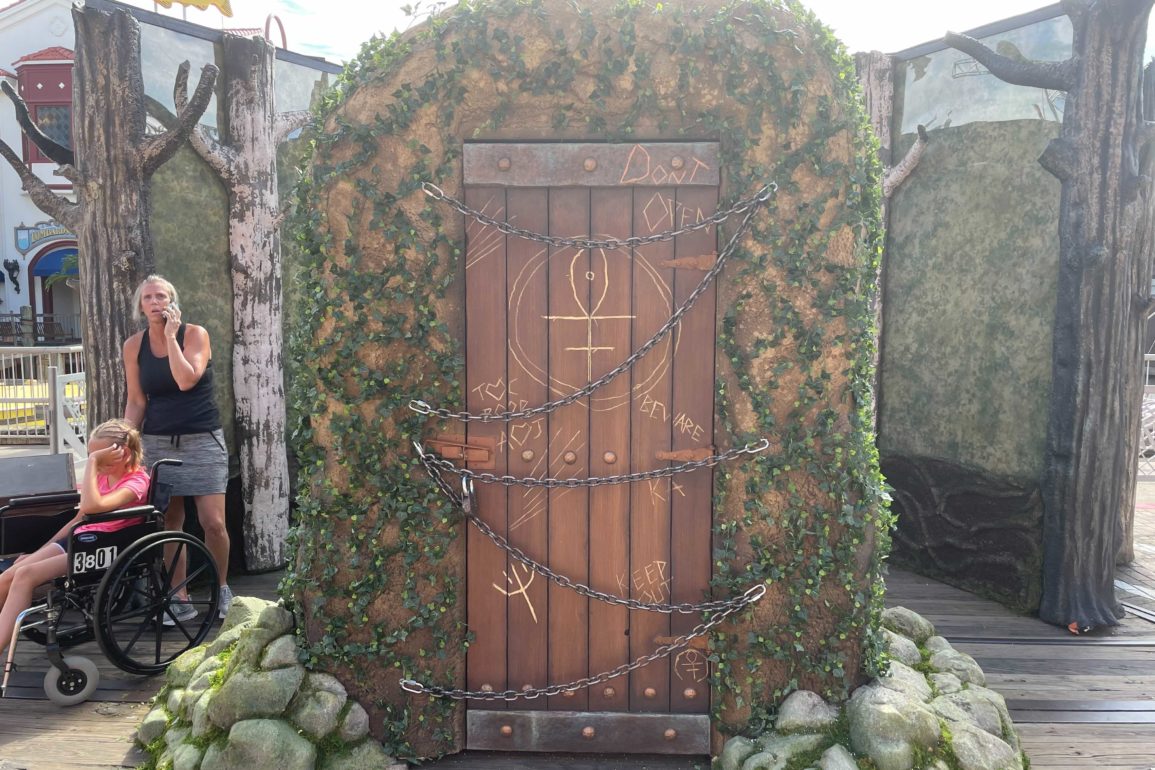 Near The Bourne Stuntacular, two more trusses frame the street.

One of the stages in the Hollywood area has been dressed up with 50s imagery as it represents the fan-favorite Vamp ’55 scare zone from Halloween Horror Nights 26.

There’s a bowling alley advertisement, records, a milkshake, and more.

Other stages in the area have wood paneling around them but no other decorations yet.

A new structure has been placed near the lagoon. Similar props were used in 2015’s event as part of the Terra Throne. This scare zone will be Gorewood Forest, host to the returning Terra Queen.

This structure has bloody horns protruding from the top of it.

In the Crypt TV Scare Zone, The Door in the Woods (from the short film of the same name and “The Girl in the Woods” has been dressed up with moss, leaves, and chains.

And in the bathroom, the back door was open today, revealing some pipes in the darkness.

We also got a better look at these ominous socked feet standing in front of the sink.