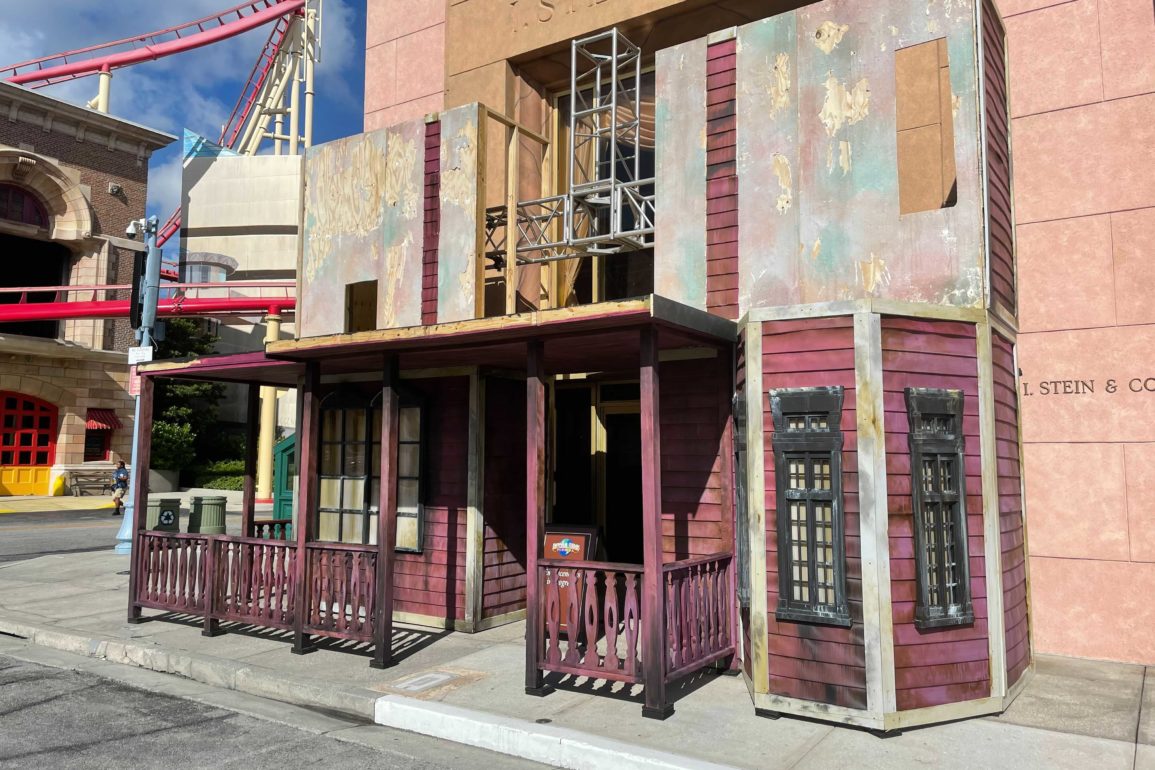 A new façade has been erected at the entrance to the Tribute Store. While it is still under construction, a distinct feel is emerging from the new set pieces. Last year’s salute to HHN 30 at the Tribute store featured a burnt-out and collapsing church entrance piece. But this year’s façade seems more western-inspired, or possibly a country home.

With paneling all the way up the side, it does appear that this will have a second floor themed out as well, rather than just a sign hung above the entry door.

The window pieces in the corner structure are a nice touch, giving the frontispiece a bit of dimension and depth.

Are you excited to enter the Halloween Horror Nights Tribute Store when it opens on August 27? Let us know in the comments below.

Previous
PHOTOS: ‘Be Our Guest’ Castle Finally Being Repainted at Magic Kingdom