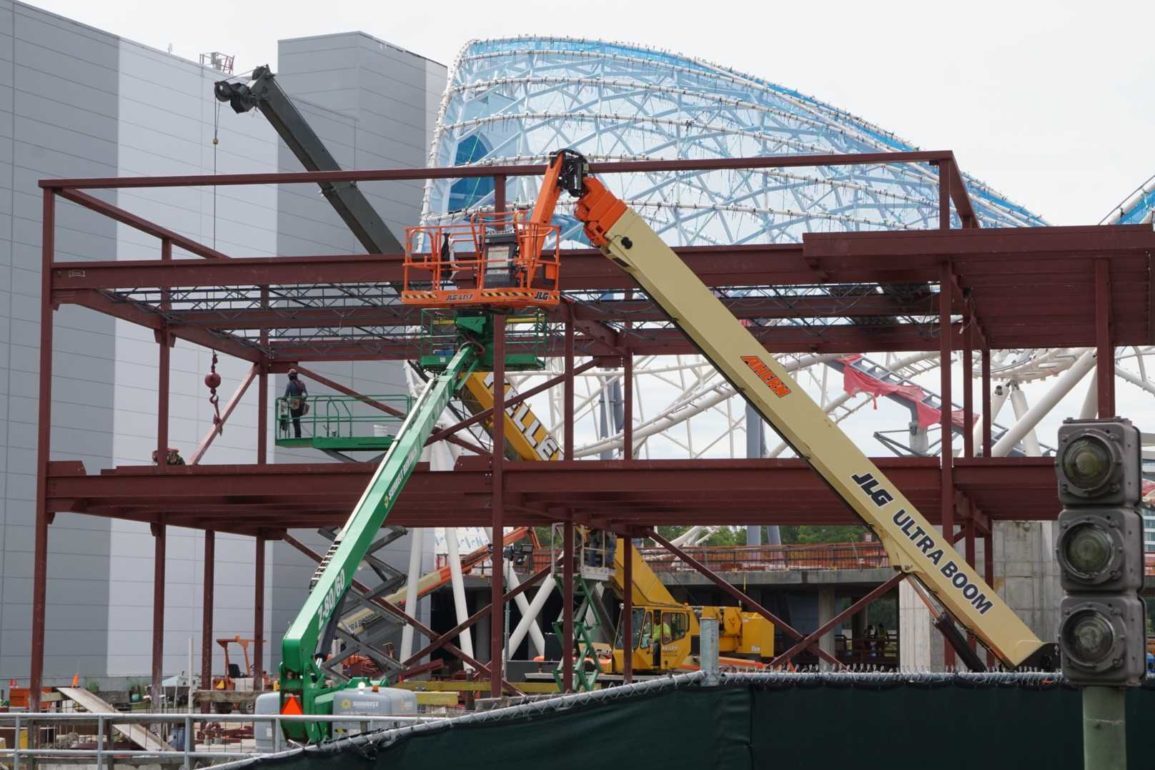 It’s hard to tell what’s faster: the speed guests will be racing around the grid when TRON Lightcycle / Run opens at the Magic Kingdom, or how quickly the mysterious new structure rising nearby is being built!

In just the span of a few days since our previous visit, the building has continued to take shape, giving us an idea of just how tall it will be.

Over at the attraction proper, work continues to move along, with blue netting continue to cover the framework for the illuminated canopy.

Several cherry pickers surround the new structure, which seems to be roughly two stories tall, at least for now. The early stages of what could be a roof appear visible at the top.

The end facing the railroad tracks also appears to be more developed, possibly as an overhang.

Construction workers were on the job while we were there, and if the past few weeks have been any indication, they’ve been very busy!

The purpose of this building is still unknown, though it’s been speculated that it could be connected to the Walt Disney World Railroad, where the route has been modified to accommodate the new attraction.

No opening date has been announced for either TRON Lightcycle / Run or the Walt Disney World Railroad, though neither are expected to be running in time for Walt Disney World’s fiftieth anniversary on October 1.

Next
PHOTOS: Caro-Seuss-el Abruptly Closes for Refurbishment, No Reopening Date Set at Universal’s Islands of Adventure