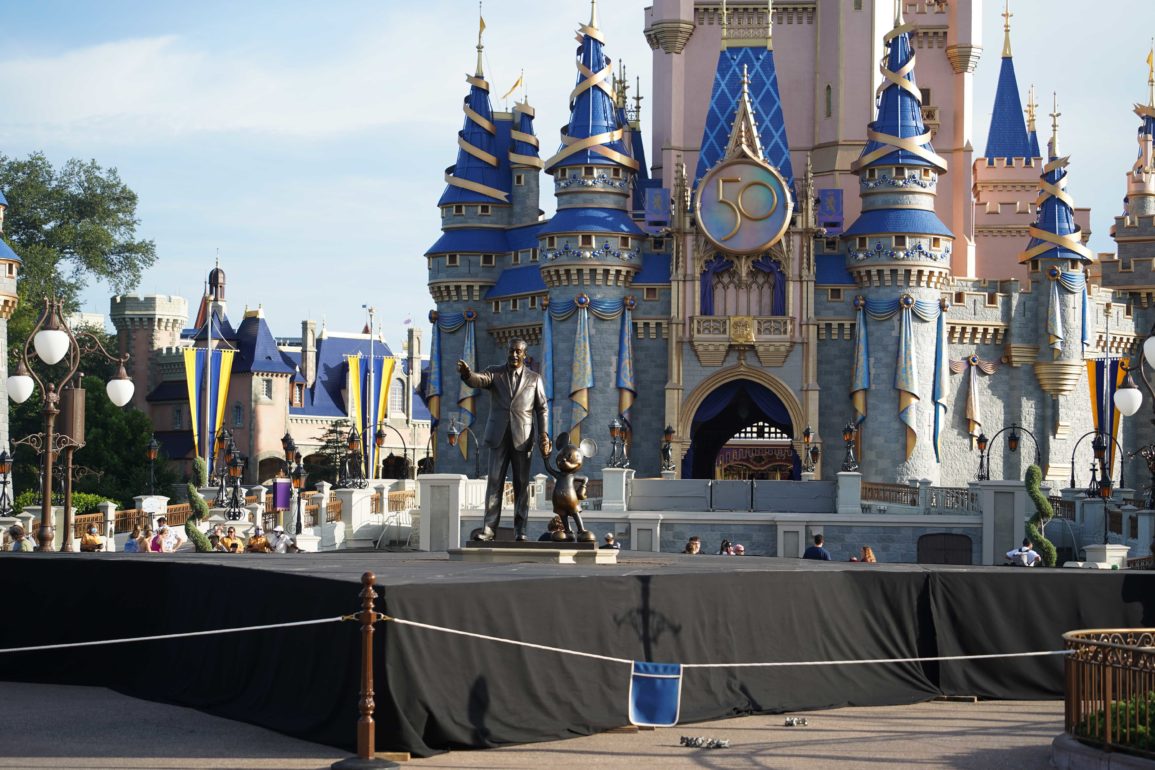 The recently refurbished “Partners” statue is now surrounded by a temporary stage. Construction workers were still present when guests entered the Magic Kingdom this morning. According to Cast Members, the stage should be in place for approximately one week.

The temporary stage surrounds the “Partners” statue on all four sides. Each side of the stage forms a point, creating a four-point star.

The plywood stage floor reaches nearly to the statue’s base.

This set of stairs will be moved into place to allow stage access. According to Cast Members, the stage will be used for promotional filming and performances overnight. The promotional materials are likely for The World’s Most Magical Celebration.

Workers were putting the final touches on the stage. The plywood stage is supported by metal risers hidden by black drapes.

Here, some of the metal support structure is visible.

Stanchions and rope have been placed in front of the stage.

Cast Members are nearby to prevent guests from climbing onto the stage.