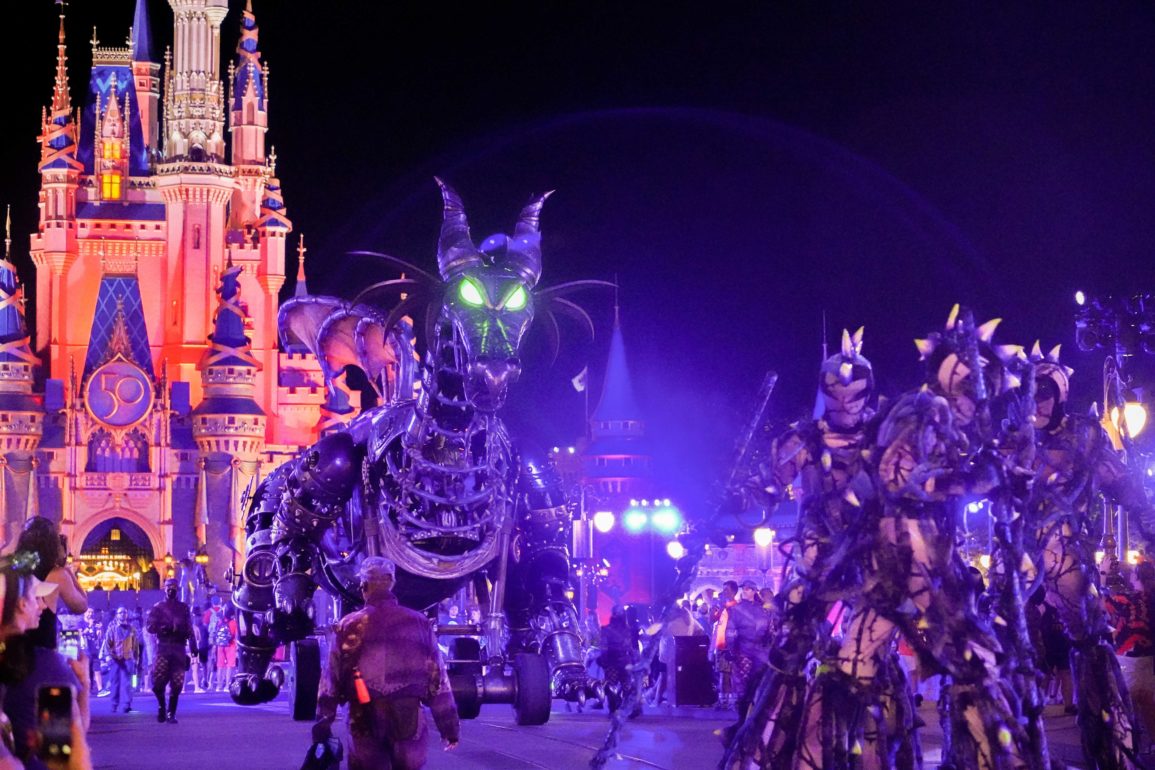 Halloween has descended upon the Magic Kingdom in time for Disney After Hours BOO BASH, and that means a certain Disney Villain is ready to ignite the night.

Maleficent’s Firey Prowl kicked off at the hard-ticket event this evening, which features Maleficent in her dragon form crawling and breathing flames from Frontierland to Main Street, U.S.A.

The cavalcade kicks off with some spooky stilt walkers.

Previously, the dragon float appeared as part of the Festival of Fantasy parade, where it infamously caught on fire back in 2018.

The cavalcade performs twice each night of the event, at 10:50 p.m. and 12:05 p.m. Of course, if you prefer your villains less firey, be sure to check out the Disney Villains Halloween Cavalcade.

Be sure to check out this hot performance in the video below!