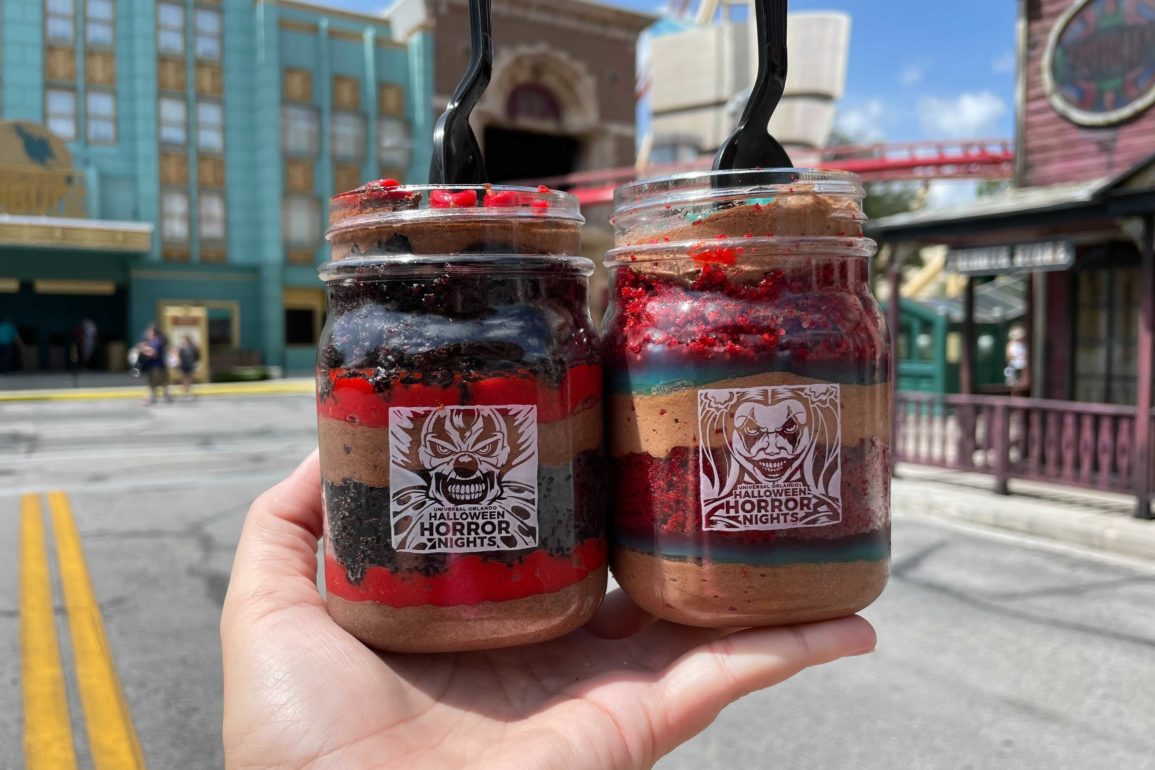 Treats continue to appear at the Halloween Horror Nights Tribute Store and we made our way over to try the new Jack and Chance Cake Jars.

The Jack Cake Jar is chocolate layered cake and the Chance Cake Jar is red velvet cake. Both of their faces can be seen on the front of the jars.

Looking inside, both cakes look very inviting and superbly decorated.

You can see how nicely packed the layers are.

Both jars include the “30 Years, 30 Fears” tagline on back side.

The Chance Cake Jar came off better than the Jack jar. The previous Jurassic jars were really heavy on the frosting but they seem to have found their balance now. The Chance Cake Jar was nice because the red velvet and chocolate gave a nice variety, versus Jack which is just super chocolatey. The cake was better in the Chance Jar too.

The cake in the Jack Cake Jar was a little more dense and almost reminds you of Devil’s Food Cake with the rich milk chocolate frosting.

Unlike the recent Jurassic Cake Jars these came with screw on lids so you can take the left over cake with you and they make a nice souvenir cup for later.

While we enjoyed both cake jars, Chance has our vote for the better of the two. But if you are really in to chocolate, Jack has your back.

Will you be trying these new treats this year? Let us know in the comments below!

Next
PHOTOS: New “E.T.” and “Back to the Future” Hello Kitty Plush Available at Universal Orlando Resort