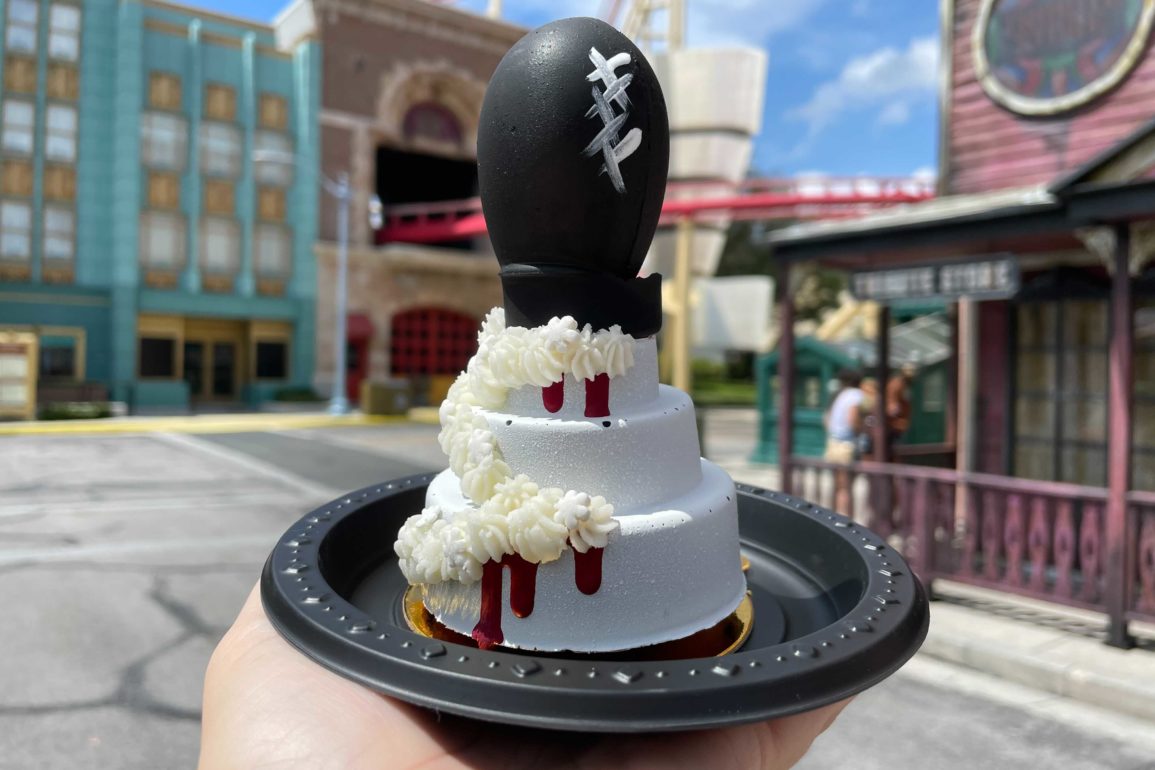 After tasting the also delightful Knife Trifle Cake from the Halloween Horror Nights Tribute Store, we decided to gather our courage and have another tasty encounter, this time with the Bride Wedding Cake.

And here comes the bride! While this cake has a very similar structure to the Knife Trifle, the frosting is different with more of a vanilla buttercream taste, while having the same delicious thick vanilla cake layers.

A sinister dripping of “blood” peeks out from beneath the decorative frosting.

The Bride’s “head” is a bitter-tasting dark chocolate, differentiating itself from the milk chocolate shell of the Knife Trifle.

When the head is cracked open, “blood” oozes down the cake.

Inside is more delicious buttercream. Also, even on a hot day in Orlando, these cakes really hold together well.

We can’t decide which cake we like better, honestly. This doesn’t have as much of the intense raspberry sweetness like the trifle, but the frosting has a lot more of a sugary taste, so those with a sweet tooth will definitely be indulging!

While both of the recent deserts we tried are delicious in their own way, if forced to pick one, the Knife Trifle was just a tad better. However, don’t let that stop you from trying this cursed wedding cake, because it was just as great!

Will you be walking down the aisle with this scrumptious cake? What other treats will you be trying from the Halloween Horror Nights Tribute Store? Let us know in those comments below!