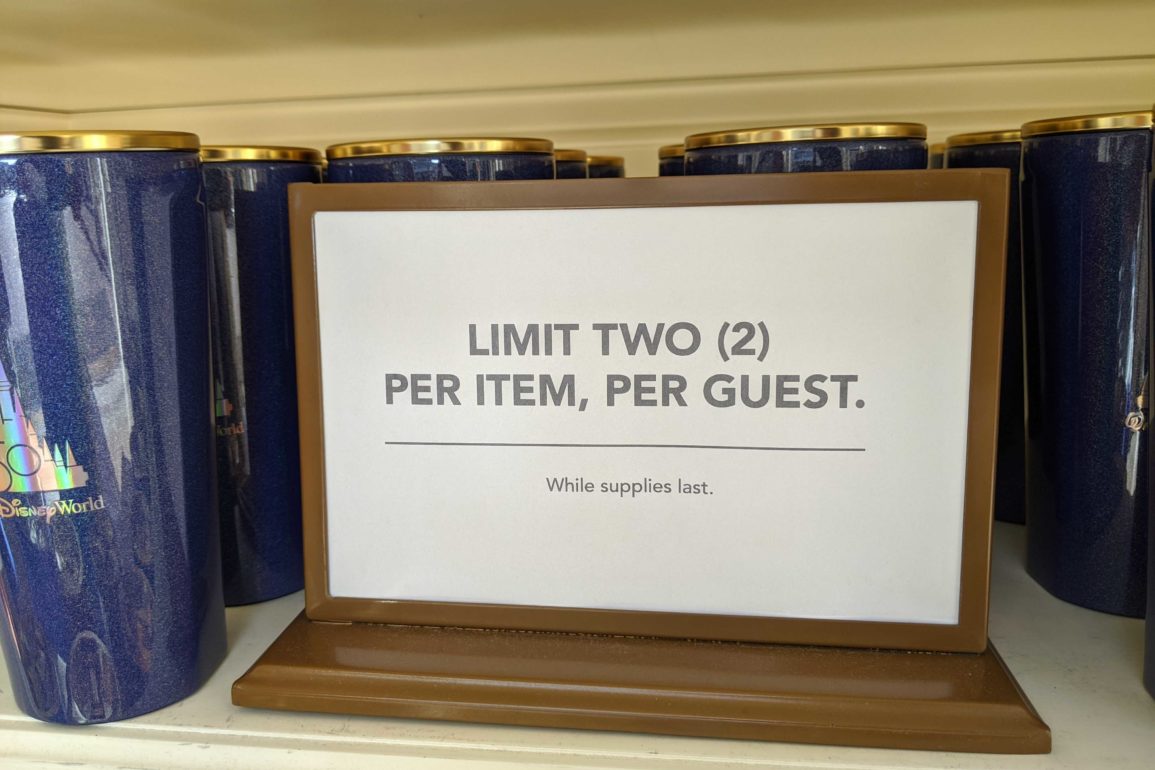 Today marks the beginning of sales for the new Walt Disney World 50th Anniversary merchandise collection. And as with any new products to come to Disney Parks, the shelves were swarmed by a hoard of resellers. But Disney is doing their part to combat this practice by imposing a lower limit on sales per guest.

As we saw last week with the Halloween collection, the new limit of “two per item, per guest” has been levied on the 50th anniversary collection as well. This may become a more commonplace limit for in-demand merchandise, rather than the limit of ten per item per guest as it used to be. This lower limit allows the stock to stay on the shelves just a little bit longer and become available to more individual guests who want a souvenir or two, rather than being scooped up first thing in the morning by a few people who then list their hoard on eBay at a drastic markup.

Will you be grabbing two of each item to celebrate Walt Disney World’s 50th anniversary? Let us know in the comments below.