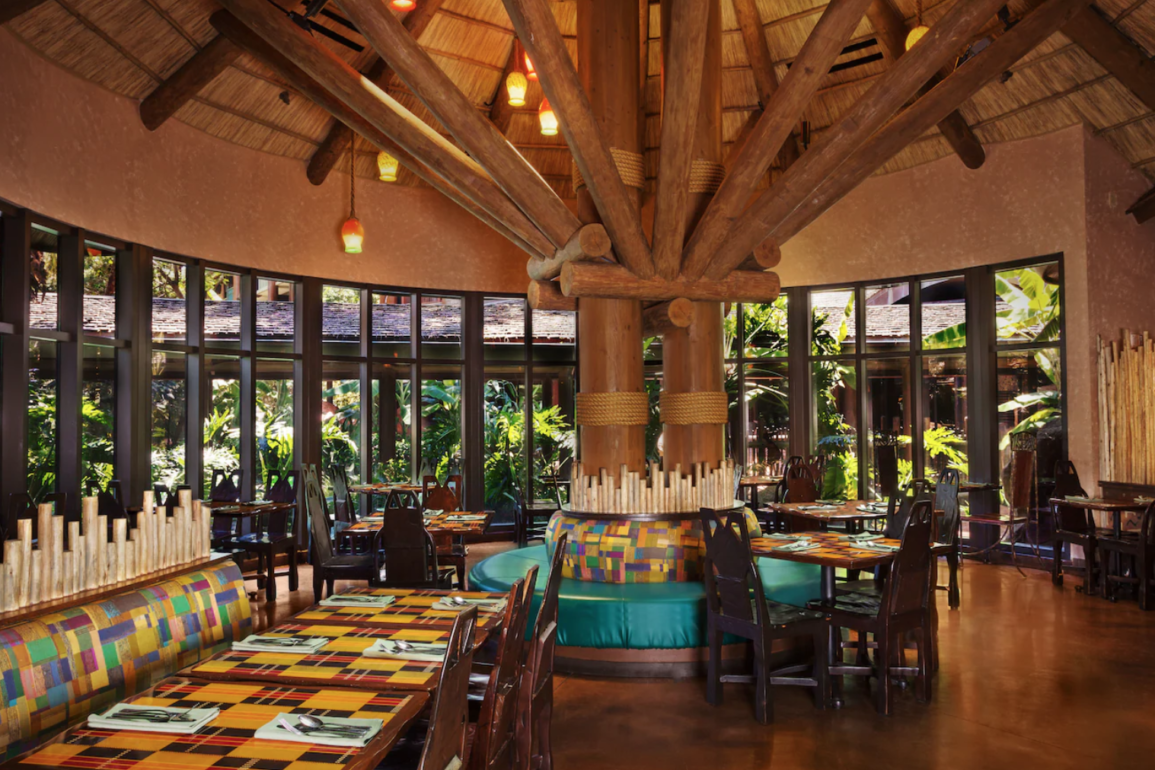 This week we learned that Boma – Flavors of Africa at Disney’s Animal Kingdom Lodge will be the first standard buffet to return to service at Walt Disney World. Reservations became available today, August 18, and the restaurant will reopen on August 20, while the rest of the resort will reopen on August 26. Boma’s updated breakfast and dinner menus are now available on the Walt Disney World website.

Some menu options have changed. For example, there is now cinnamon-raisin bread pudding instead of french toast bread pudding. The dinner menu is significantly shorter, lacking many of the soups, stews, and rotating options previously available.

Allergen Guides are available upon request.

How do you feel about Boma’s new menu? Let us know in the comments.