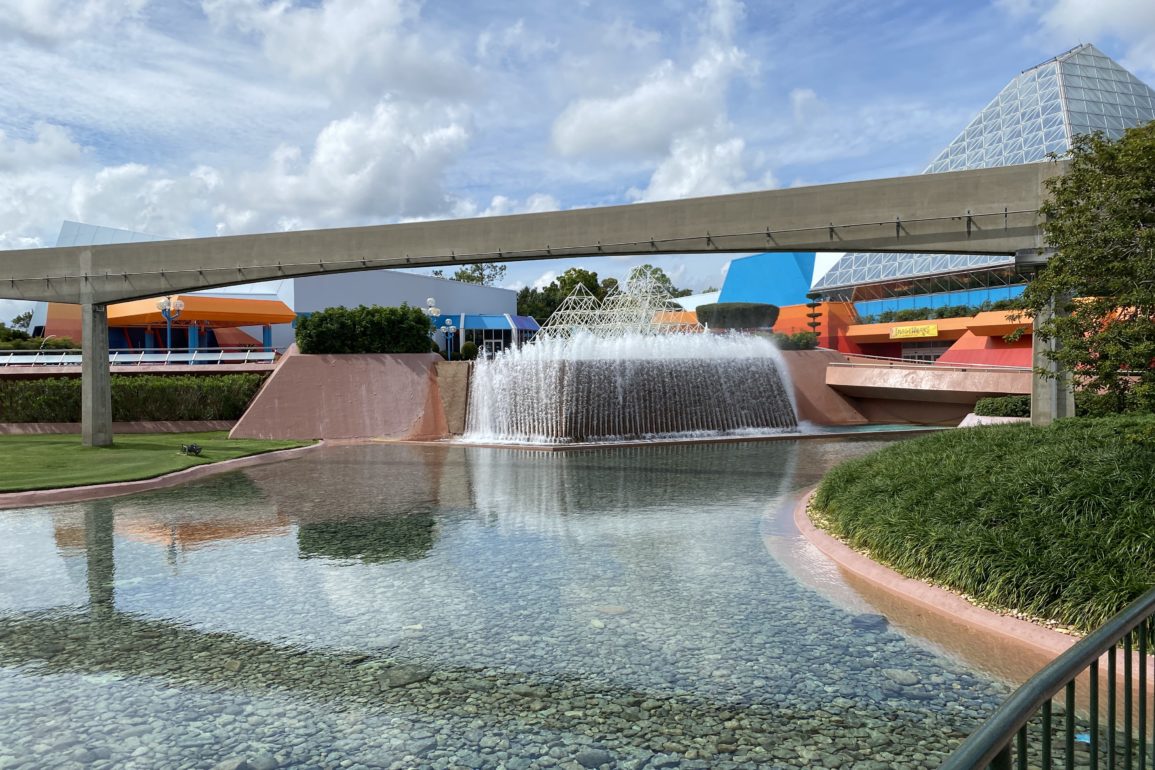 All of the points of light on Spaceship Earth are set in place and ready to dazzle the night as a beacon of light!

Final preparations at Creations Shop can be seen for its grand opening on September 15th!

Merchandising areas were prepped, and signs were shined up for its debut, and small moveable planters took the place of large construction walls.

Color-waves of a rainbow of lights were also being tested under the breezeway to Club Cool & Creations Shop.

Scoring could be seen in front of one of the entrances to Creations Shop at the World Showcase promenade walkway.

A new planter arrived to the right of the fountain at the Imagination pavilion for balance.

Inside the Imagination pavilion, a few new (and less fuzzy) Bing Bong lights arrived; listen carefully to see them appear!

Guardians of the Galaxy: Cosmic Rewind ramps up construction as more pavement is laid and is prepared for the Xandarian Spaceship.

Over at Journey of Water, a walkway begins to take shape amongst the mounds of dirt.

Lotus Blossom Cafe in the China pavilion sees more paint as its banisters receive a fresh coat shortly after its red standing pillars.

One side of the bridge in Italy has received a cream colored paint as it prepares for marbling, while the opposite side still sits a fresh white after being patched.

Large construction walls have been put up where moveable planters used to be in the area between Morocco and France, where 2 new Food & Wine Festival Booths are expected to be constructed.

More scoring lays across the pathway near the France pavilion.

The caveman and Roman missing earlier in the week from Spaceship Earth have not been placed back in their respective scenes.

‘Now it’s time to say goodbye’ to MouseGear as its final day draws to a close. The interior is spotted with a slim array of merchandise and signage, as most were either brought to Creations or removed.