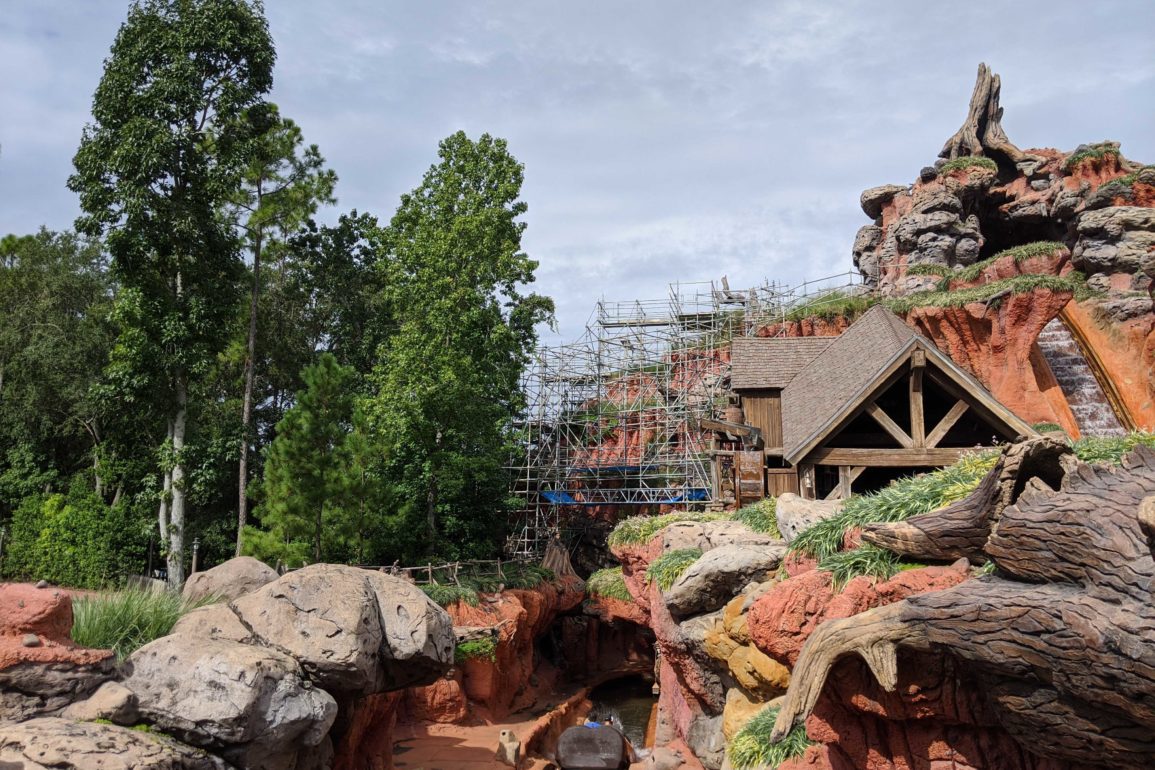 With Walt Disney World’s 50th anniversary now just a month away, work continues to spruce up Splash Mountain ahead of the big day.

The scaffolding that’s been erected around the façade of the attraction has expanded since our last visit, with the left side nearly completely surrounded.

Work seems to be beginning in earnest, with blue tarps now in place.

The latest section of scaffolding now covers the patch of “land” directly above the mill.

As we’ve previously noted, this is not expected to be the initial stages of the ride’s upcoming re-theme to “The Princess and the Frog.” No timetable for the conversion has been officially announced.