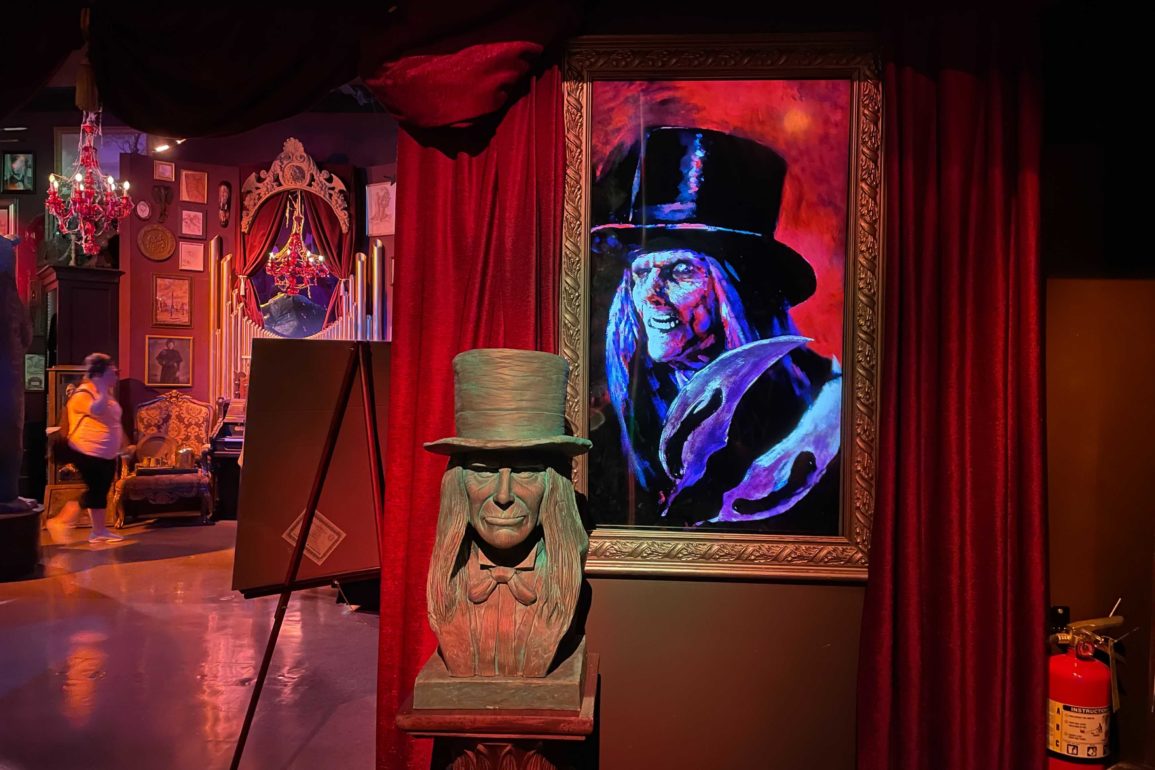 PHOTOS: The Caretaker’s Portrait Follows in the Footsteps of Master Gracey and Flips Back to the Original Left at Universal Studios Florida

In either a creepy coincidence or a clever reference, the portrait of Albert Caine, better known as the Caretaker, has gone the way of Master Gracey of the Haunted Mansion. You may remember our reports earlier this year as the portrait of Master Gracey was flipped back to his original left, then back to the right, and then finally settled facing the left.

Now, the Caretaker has taken a similar path. When we first spotted him in the Halloween Horror Nights 30 Tribute Store, he was facing left, as pictured above.

On our next visit, only one day later, he was facing to the right.

Now, the Caretaker has been returned to his original left-facing position (and his frown turned into a grim grin, if you will).

Another “coincidence” in the Tribute Store is the wallpaper pictured below.

The face of Jack the Clown is hidden in brocade patterns, calling to mind a similar iconic purple wallpaper.