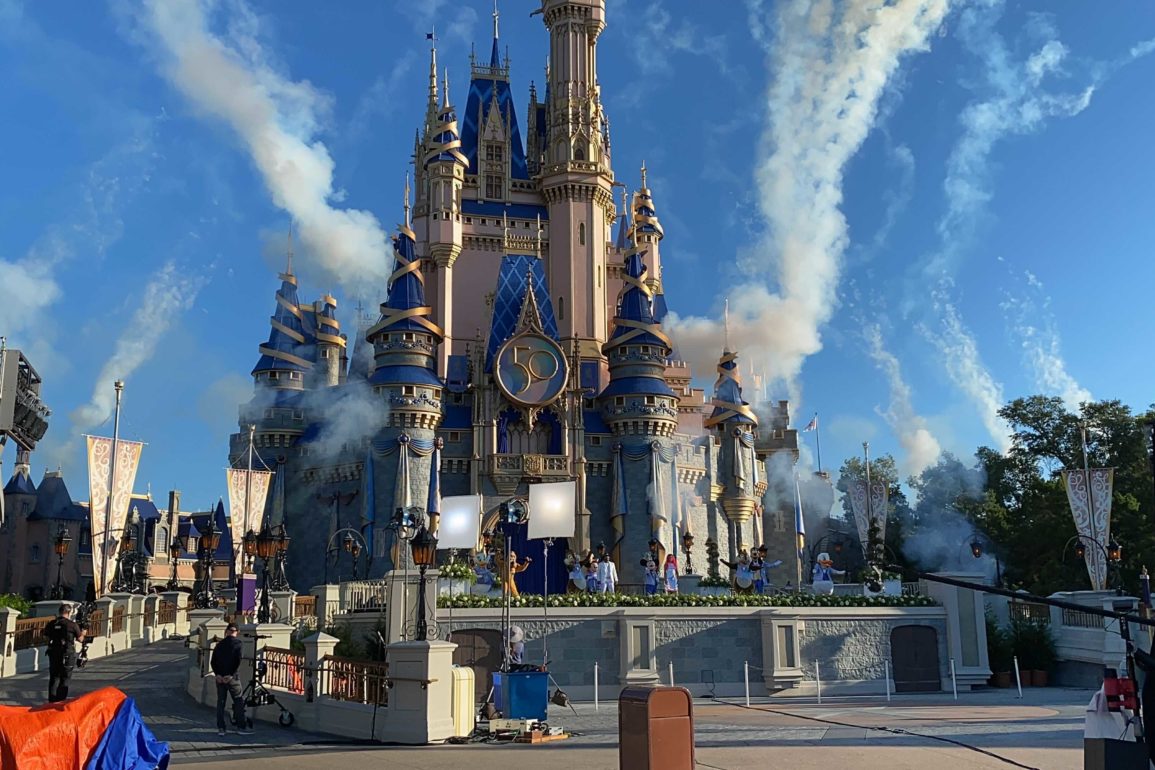 VIDEO: Hear The Full “You Are The Magic” Theme Song from NEW Disney Enchantment Fireworks as it’s Performed Live at Magic Kingdom

This morning, we saw Mickey and friends performing Disney Enchantment’s new theme song, “You Are The Magic”, live on the Cinderella Castle stage in Magic Kingdom.

Mickey and the gang were dressed up in their 50th anniversary garb, and were joined on stage by Philip Lawrence and Kayla Alvarez, whose voices will be heard in the new fireworks spectacular.

This performance was for a Disney Parks Blog promotional video.

Some fireworks were launched at the end of the song.

Watch our video and listen to “You Are The Magic” for the first time below!