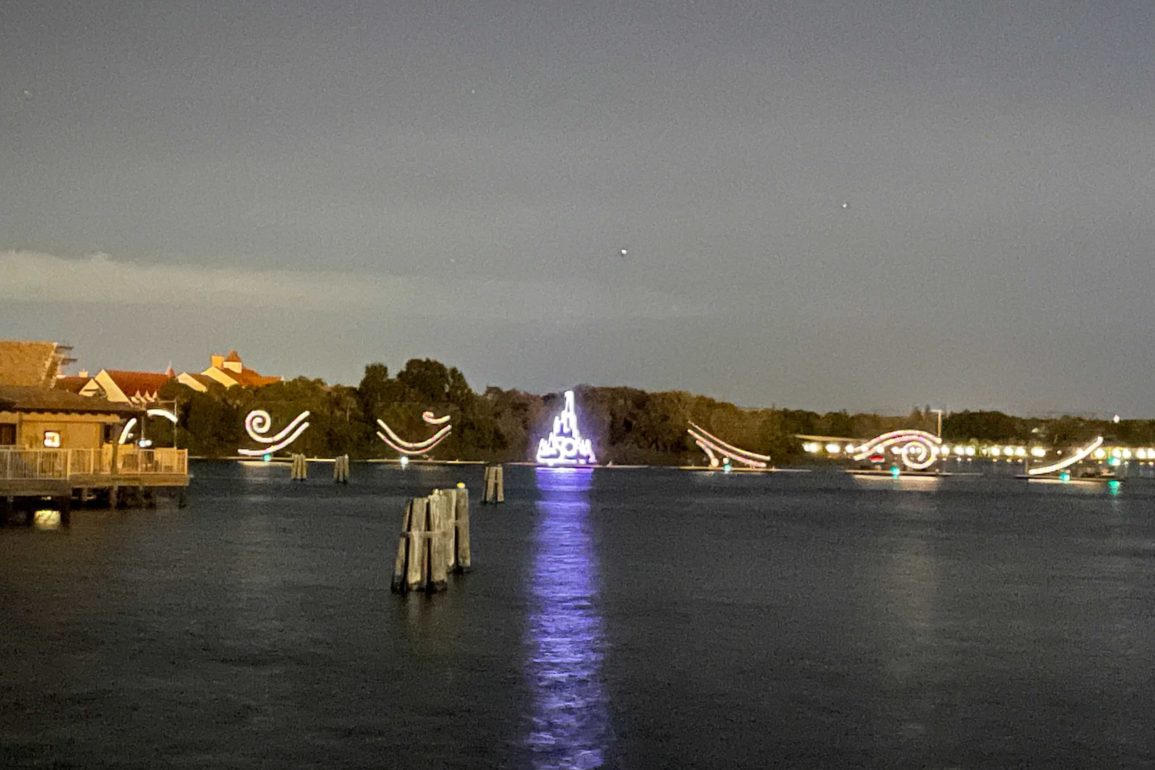 For the 50th anniversary of Walt Disney World, a new float has joined the Electrical Water Pageant. The shining parade across the Seven Seas Lagoon has a new scene: Cinderella Castle, featuring fireworks and a sparkling 50th logo.

The 50th anniversary theme song, “The Magic is Calling” is also played during the pageant.

Fireworks burst from around the castle, and the 50th anniversary logo lights up in the center.

The pageant can be viewed from the following locations:

Watch the Electrical Water Pageant with its new scene and song below.

Previous
PHOTOS: See Spaceship Earth Transformed Into a Beacon of Magic at EPCOT for the Walt Disney World 50th Anniversary