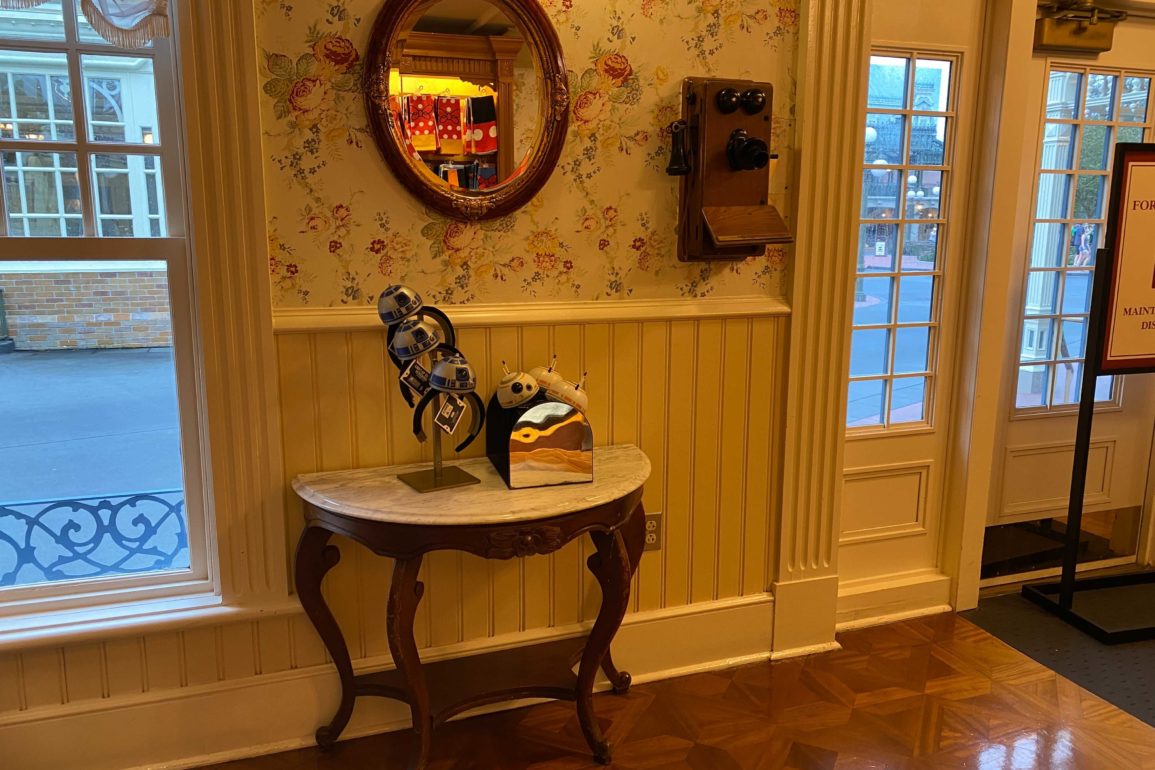 Main Street Confectionery reopened with a new look yesterday, which means all elements of the Chapeau are no more. The Confectionery took over the hat shop’s space (Curtain Call Collectibles is now offering hat embroidery), and among the elements removed was the Chapeau’s “party line.”

The “party line” was available on the old-fashioned phone near the door. If you picked up the receiver, you could listen in on a turn-of-the-century conversation.

Party lines were phone lines shared by multiple subscribers that often served as gossip chains due to the lack of privacy. The phone at the Magic Kingdom had been in place since 1971 and has now been removed just before the 50th anniversary on October 1.

Disneyland’s party line phone is still in place inside The Market House.

Watch our final look at the old Main Street Confectionery and The Chapeau below.