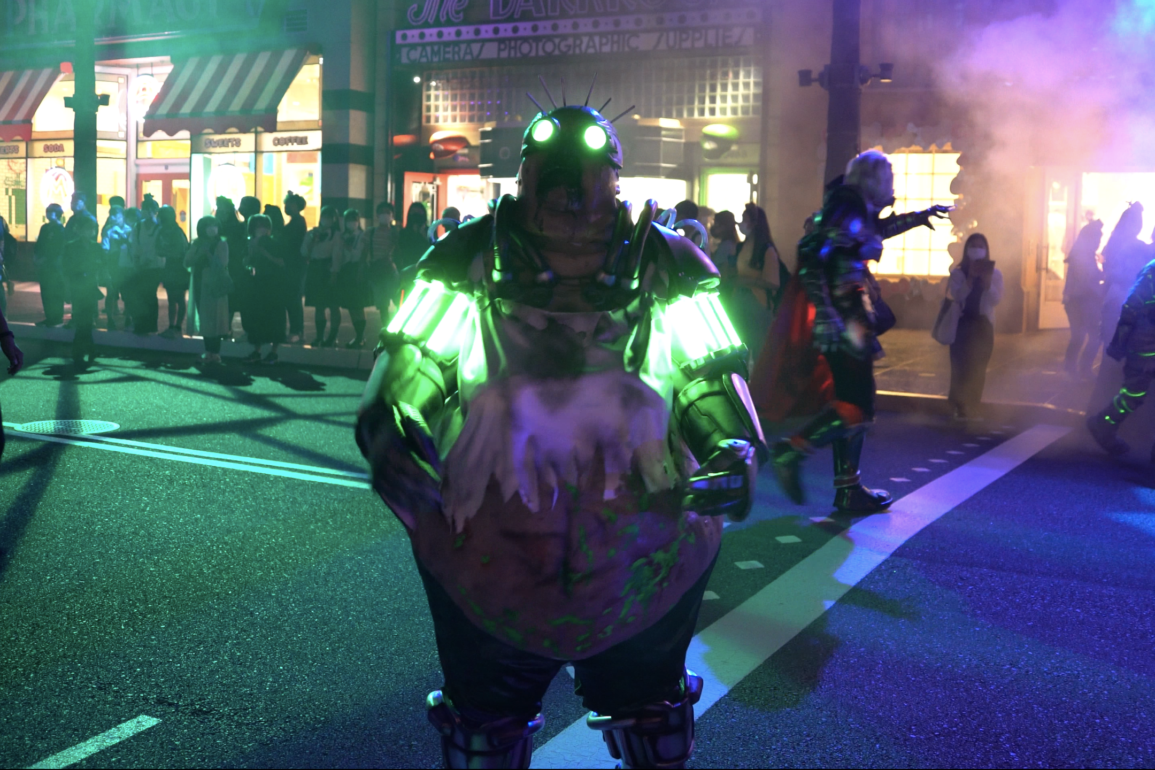 For decades, Japan has been known as one of the world’s technological powerhouses, with even the genre of cyberpunk itself owing inspiration to Japan’s 1980s-era tech boom. And at Halloween Horror Nights 2021, Universal Studios Japan pays tribute to the cyberpunk genre with a slew of zombies that occupy Cyber Monster Boulevard! Every night after dark, these zombies overtake Hollywood Boulevard and rouse terror from Guests old and young alike, with costumes ranging from wolf-man hybrids with light-up fur to terrifying cyborgs both on stilts and closer to ground level! If all of this sounds like a bit much in person, fear not! You can sample highlights of the screams to be found on Cyber Monster Boulevard here on YouTube.

Cyber Monster Boulevard has several of the more creative street zombie costumes that we experienced during Halloween Horror Nights, be sure to let us know in the comments which zombie was your favorite! And while you’re at it, make sure you’re subscribed to Universal Parks News Today on YouTube so you don’t miss other great content like this from the Universal Parks worldwide!

Halloween Horror Nights runs through November 7 at Universal Studios Japan in Osaka, so be sure to get out there and experience it all!