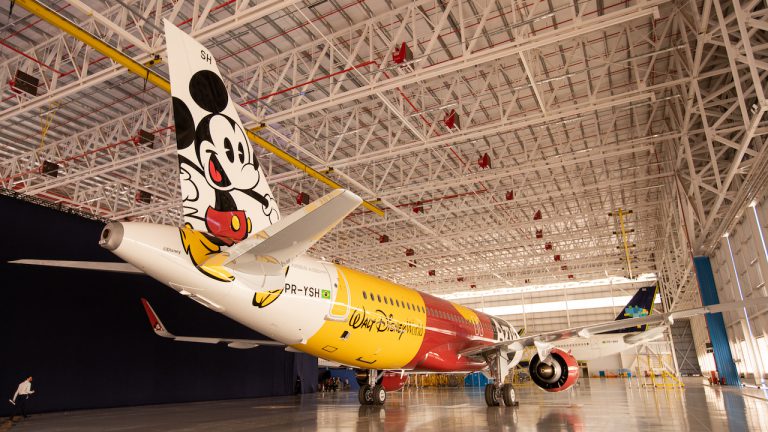 A new Mickey Mouse airplane has debuted as a collaboration between Disney and Brazilian airline Azul Linhas Aéreas for the 50th anniversary of Walt Disney World.

Mickey Mouse Nas Nuvens (Mickey Mouse in the Clouds), an Airbus A320neo plane, is the first of four Disney-themed airplanes coming to Azul’s lineup. The planes will fly domestic routes between over 50 Brazilian airports.

Mickey himself attended the unveiling to celebrate.

Watch a behind-the-scenes video of the making of the new plane below.

In the U.S., Southwest Airlines recently unveiled a plane celebrating the 50th anniversary of Walt Disney World as well.