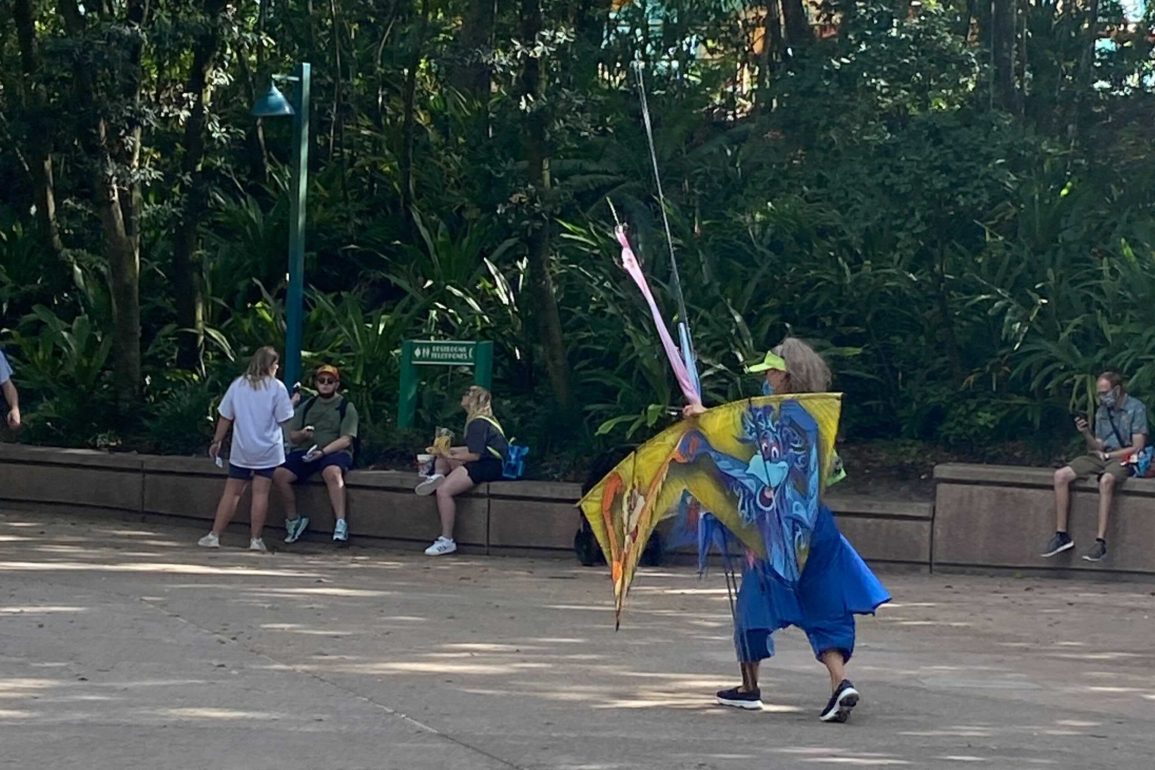 Unfortunately for guests at Disney’s Animal Kingdom who were hoping to see the brand-new daytime show Disney KiteTails, all performances for the afternoon have been canceled.

A Cast Member from the show was outside the Discovery River Amphitheater with one of the smaller kites from the “Jungle Book” version of the show. When we spoke with them, they cited “unforeseen circumstances” as the reason for the cancelations.

Disney KiteTails officially opened yesterday after two rough days of technical rehearsals (or “soft openings”). From kites colliding with Cast Members to Jet Skis flipping, the start of the show has been fraught with complications.

Though the cancelations were most likely due to high winds, it’s clear that there are still some kinks to be worked out of the production but this is not unexpected with new attractions.

Next
PHOTOS, VIDEO: Matsuriza Taiko Drummers Return to the Japan Pavilion at EPCOT