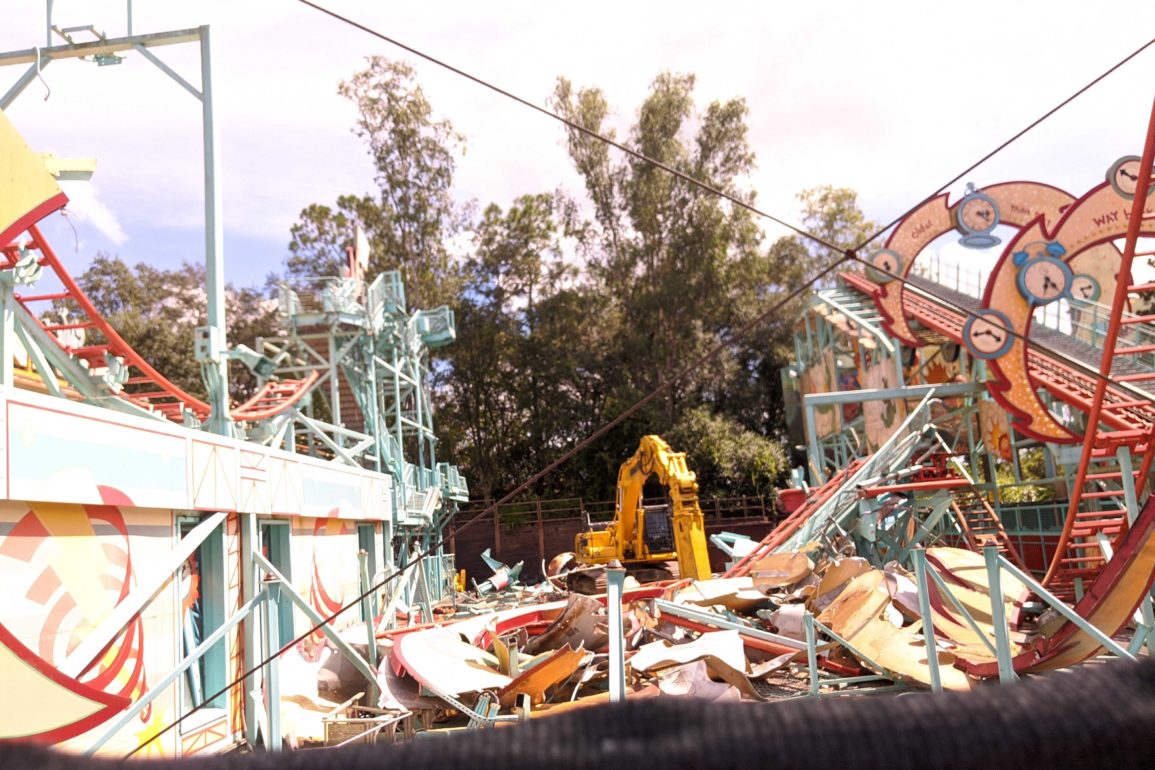 PHOTOS: Props and Track Torn Down at Primeval Whirl as Demolition Continues at Disney’s Animal Kingdom

After 19 years (or 65 million, if you prefer), the meteor has finally come for the dinosaurs, as much of the props and track of Primeval Whirl have been reduced to a mound of debris at Disney’s Animal Kingdom.

The former attraction’s marquee remains intact, though, without maintenance, it’s beginning to show its age.

As we’ve previously reported, crews have been removing track and platforms from the teal framework.

The demolition of set pieces was underway, but the once-methodical removal has given way to brute force.

Much of the track and set pieces have been completely torn down, leaving only the lift hill on the right side.

Despite all of the clocks, time has definitely run out for this attraction.

It’s unclear if the lift hill and its props will be slowly removed, or will suffer the same fate as the pile below it, but we’ll keep monitoring demolition as it progresses.

All in all, Primeval Whirl is officially (and fittingly) going the way of the dinosaurs.