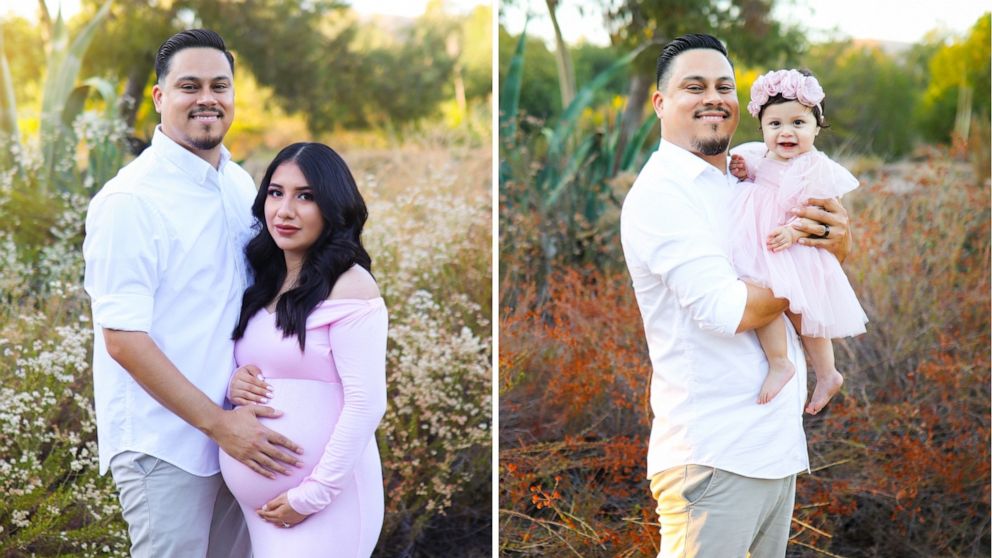 Fourteen months after his wife — a Disneyland Resort Cast Member — passed away, James Alvarez has paid tribute to her via a photoshoot with their daughter.

23-year-old Yesenia Aguilar was killed by a drunk driver last August when 35 weeks pregnant. She was transported to UC Irvine Medical Center and doctors were able to deliver the baby via cesarean section before Aguilar passed away. Aguilar’s husband, James Alvarez, has been raising their daughter, Adalyn Rose, since then.

“I believe my daughter is a true definition of a miracle,” Alvarez told Good Morning America.

To celebrate Adalyn Rose’s first birthday and honor Aguilar, Alvarez recreated their maternity photoshoot. Photographer Grisel Leyva, who took the maternity photos, returned to take photos of Alvarez and his daughter in the same location at the same time of day. Alvarez wore the same outfit, while his daughter was dressed in a pink dress just like Aguilar.

“It was just kind of like, in a sense, like, she wasn’t gone,” Alvarez said about returning to the location for the first time since his wife’s death. “She was there with me.”

Alvarez still has some of Aguilar’s belongings, including clothing and makeup, to show to their daughter. He said, “When my daughter is old enough to understand, I can show her all those beautiful items, memories, so she can kind of have an idea of who she was really was.”

“I would tell any single fathers that are in similar situations,” he said, “it’s a blessing to be a parent, and even though it [can] be scary, be blessed for the opportunity to be a father and to enjoy every single minute that you possibly can with your child because you have no idea what kind of bond you can build with your children.”