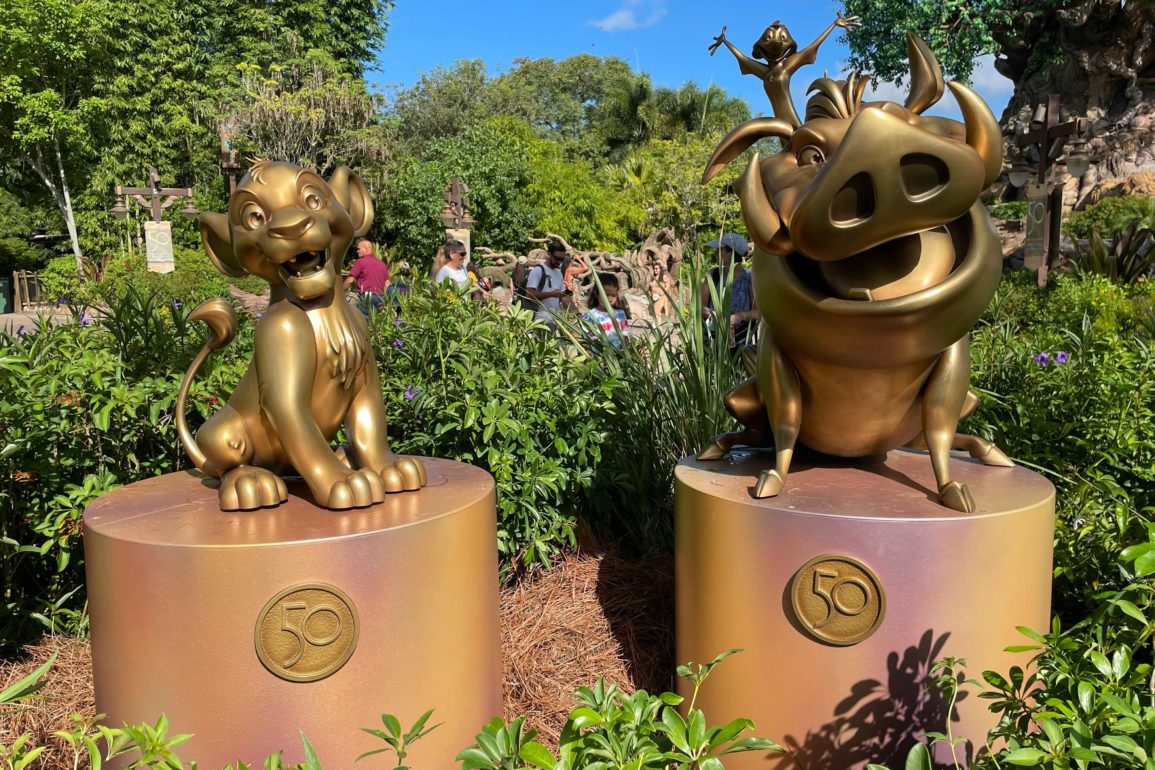 With only three days until “The World’s Most Magical Celebration” begins, Walt Disney World Resort is bustling. New items for purchase, new decorations to admire, and even new entertainment to enjoy. What an amazing time to be at Walt Disney World! Sprinkle a little pixie dust because we are flying through EPCOT and Disney’s Animal Kingdom today.

EPCOT has said “so long” to “Future World” and “hello” to “Neighborhoods.” The new World Celebration, World Nature, World Discovery, & (the same) World Showcase are also represented by colors corresponding with the colored trash bins in those neighborhoods.

New 50th Anniversary pressed pennies have made their way into EPCOT. We found them at Port of Entry, Disney Traders, and The Seas.

Also at Port of Entry, we found new 50th anniversary collectible coins. You can purchase all four for $15. Each coin has the same backing of Mickey Mouse and ‘The World’s Most Magical Celebration.’

On our way out of EPCOT, we spotted Pluto being silly.

Over at Disney’s Animal Kingdom, the Feathered Friends in Flight! show has new signage.

Disney’s Animal Kingdom also has new pressed pennies to celebrate the 50th anniversary. There is one new penny that has a special character and the 50th logo on it.

These pressed penny machines are spread throughout the resort, so be on the lookout.

That wraps up our day at EPCOT and Disney’s Animal Kingdom. We hope you had a “wild” time.